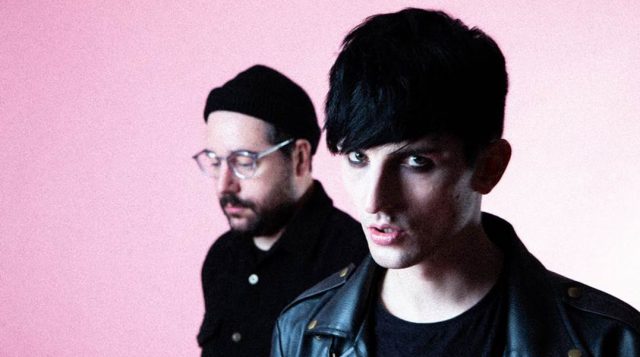 Lockdown may have been a blessing in disguise, what started out as two friends playing music for the sake of playing music, turned into a truly exciting new project for us all to sink our teeth into. Salem is the brand-new project brought to us by Creeper’s very own frontman Will Gould; joing forces with none other than Matt Reynolds (Howard’s Alias, Skylar, Drawings.) Destroy Me is our first glimpse into what Salem will have to offer up, going back to early influences to bring this classic rock song with a pop punk twist.

“Destroy Me is a really good introduction that summarises the band, it had the right kind of energy from the offset,” says Gould. “This band feels like a love letter to a lot of our early influences. It’s a return to our roots in a lot of ways.”

This new offering from Salem truly highlights Gould’s hypnotising voice, showing off a wonderfully romantic and gothic vibe. Destroy me has nods to Creeper’s hugely popular sound, while giving hints that the new music from this project will have a fresh and different twist to it. When live music starts to become less of a distant memory, Destroy Me is a track that when played to a room full of dedicated fans will create a huge atmosphere

“It was a labour of love for us,” Gould adds. “We’re releasing when a lot of kids are stuck inside, or if they’re not, their life isn’t quite the same. It’s a way to soundtrack this very difficult time. The power of punk rock is that it helps you forget about the monotony of every day. And life has never been as monotonous as it is now.”

October 23rd can’t come soon enough, when we’ll hear what else this hugely talented duo has to show us. This first track will feature on the self-titled EP, which is available to pre-order now, releasing digitally as well as a limited edition 12” pink vinyl.

Watch the video for Destroy Me below: