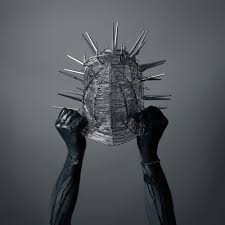 Overall Score: 8/10 Songs: 8/10 production: 9/10 atmosphere: 8/10 Pros: A bleak, unique musical vision from one of music's rising stars Cons: Some of the songs are a little on the short side

Where the hell do you even start with Ghostemane? An enigma wrapped in a riddle that becomes more confusing the more you are exposed to him. In a world where everyone in metal is trying to out heavy each other, Ghostemane is just trying to survive living in a nihilistic hellscape of his own creation, and Anti-Icon is the soundtrack to his experiences navigating that mental purgatory.

Ross Robinson has made a career of working with the most tortured of souls, somehow taking their anguish and turning it into something tangible and relatable through sonic catharsis. In pairing him with Ghostemane, he may have once again struck gold. Mining the very depths of the darkest, bleakest emotional pallette for another emotional bloodletting that will allow another of life’s outcasts to become a global megastar.

Anti-Icon was definitely created to be listened to front to back as a singular piece of art.There are moments like Lazarreto, Hydrochloride, and Melancholic that stand up on their own, but they are much better when experienced as part of this larger tapestry of torment.

There are moments on here that feel like they will never end. Like a survival horror game where you are walking down a claustrophobic corridor that just keeps getting longer and darker. This album is a waking nightmare you may never fully wake up from.

If you are fully versed in the world of Ghostemane then this album will yield very little in the way of surprises for you. It takes many of his trademark moments and dials them up to the Nth degree. However first time listeners may find the experience a little jarring, but if you go into with an open mind and are prepared to give it the time to work its way under your skin, you may find yourself walking a way with a new favourite artist.

For an album that is so dark and nihilistic that it makes Trent Reznor at his most caustic sound like an optimist in comparison, Anti-Icon is an album that will surely see Ghostemane permeate further into a wider audience and beyond over the next 12 months. 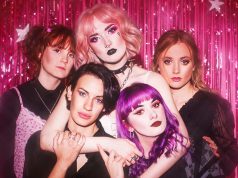