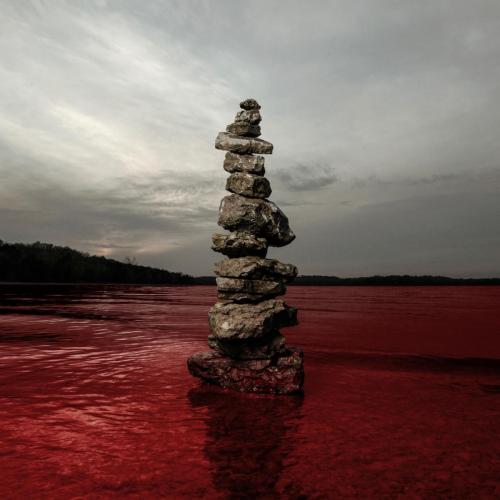 There are few bands out there as reliable as Sevendust. A band that was seemingly lumped into a scene they outgrew a very long time ago. Over the course of nearly 3 decades they have proven to one of the most consistent bands in metal & hard rock.

They have also been a more thoughtful and mature band than many of their peers. This has always given their music a level of gravitas that continues on their 13th release Blood & Stone.

Following up 2018’s stellar All I See Is War was always going to be a tall task, but it seems to be one that Sevendust were more than happy to take on. This is a more measured and balanced album than it’s predecessor both musically and emotionally.

On the music front it is everything that Sevendust specialise in huge chugging riffs, wild pounding drums, complimenting some of the most soulful vocals and heart wrenching lyrics in all of rock courtesy of Lajon Witherspoon.

Thematically the album deals with love and loss on tracks like Love and Alone. While also dealing with the headier themes or facing ones own mortality on Dying to Live, Kill Me and the sobering cover of Soundgarden’s which closes out the album.

Blood & Stone is a wildly fufilling album that is thoroughly consistent throughout, delivering everything fans have come to love, while giving new listeners a thrilling entry point to start from. 26 years and 13 albums in and Sevendust continue to a forge ahead, proving they are true renaissance men leaving many of their peers still playing catch up all these years later.

Blood & Stone is out now via Rise Records