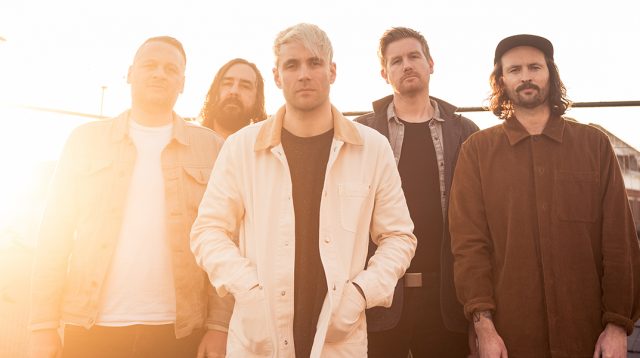 Lonely The Brave have been one of the major success stories of British rock music over the course of the last decade, and after five years away, they are back.

The band’s third album The Hope List will officially be released on January 22nd. Powered by a wave of fresh optimism, the dynamics within the band have changed, and that’s powering the new record, as guitarist Mark Trotter explains.

“We’ve been a band for over ten years and stuck in our ways a lot. There has been a huge shift in dynamic now. It’s a completely different vibe from where we were before. There’s a new renewed energy and a renewed focus. Everything feels very positive in the Lonely The Brave Camp.”

Along with the announcement of the new album, the band have also released a brand-new single – Bright Eyes is available to stream now, and it’s another storming effort.

Following on from the success of their previous released tracks Bound, Distant Light and Open Door from earlier this year, the latest single finds the band in fine form.

Front man Jack Bennett has given the low down on the new single:

“Bright Eyes” was a song that came together about the importance of listening. Are we just trying to one up each other? Are we really just pointing people out now? What happened to being conversational? It was a look into social and targeted media and people simply adhering to it rather than looking or talking about evidence and facts and considering the other side of things.”

You can pre-order The Hope List here and listen to the track below: