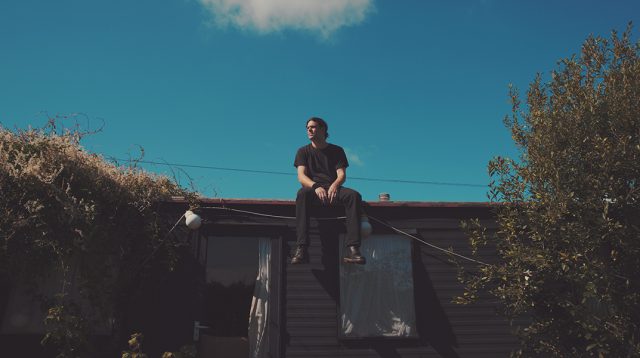 Winter is a time for warmth, comfort and luxury. The ground is crunchy underfoot, the air’s crisp and the wind is sharp and unrelenting. The perfect rest bite is a hot drink and a warm blanket. Your favourite film with the lights dimmed down, and comfort food at every turn.

The scene described above isn’t the first draft for a John Lewis Christmas ad or M&S telling you how much you really need their new luxury chocolate cake with salted caramel filling. (Soft Gillian Anderson voice is optional) But the feeling of the self-titled debut EP from Dave Jakes washing over you. Not like a cold shower first thing in the morning, but like a fluffy jumper that wraps itself around you to keep you warm against that winter chill.

The record’s lead single Been In My Dream, is the perfect example of the rich tapestry of melody and flowing production which characterise the EP. While Jakes may have made his name as the front man for Lonely The Brave, this is about as far from Alt-Rock, and crunching guitars as you could possibly want to get. The way in which Jakes’ vocal intertwines with his female counterpart is a blend as satisfying as your favourite morning coffee.

Silhouettes follows the same beautifully melodic formula, building on the opener. Before the pace quickens on Caterwaul. It‘s more soft rock than luxury pop, and canters along with much more purpose than much of the EP. It feels more focussed, and straight to the point. While the rest of the record is more about the journey, Caterwaul is all about the final destination. The vocal from Jakes far more energetic and the result is arguably the strongest offering here.

However, you can have too much of a good thing, and after a while that luxury chocolate cake begins to feel a bit too rich and just a bit too much. Lean The Light while being fine for the most part, it’s a little plodding, and just kind of there. It meanders around with no clear destination, and far from getting lost in it, it’s easy to drift out of it. Similar can also be said for Diggy’s Pushing Holes Out. Its intro feels a bit disjointed, and it doesn’t do enough to capture your attention. The spark is missing, and it is sorely missed.

By contrast Echelon is powered by much more urgency and vigour. Its rockier tendencies lead to a more powerful vocal from Jakes, and in turn it snaps the EP out of its malaise. The sense of purpose returns and things effortlessly click into top gear once more. Be The Apple closes things out by returning to beginning. It’s all floating melodies, rich production and silky instrumentation. It’s somehow soothing despite its serious subject matter.

It would be difficult to argue that as a whole the EP doesn’t fulfil its purpose. It feels very natural and calming. Almost reassuring, in the way that it glides from one song to the next. Even in its more rock infused moments, it caresses rather than bludgeons. Its only drawback is that despite being only seven songs long, it does sag in the middle.

To continue the food analogy, the middle couple of tracks are the beautiful after glow which comes after polishing off a giant plate of your comfort food of choice. Everything is fine and pleasant enough, but in truth you’re falling asleep in front of the film you’re watching. You’re watching it without being stimulated by it. But then your favourite part pops onto the screen and you’re back and engaged once more.

It’s the perfect winter record. It is to your music collection what that M&S chocolate cake is to your meal times. It’s elegant, rich, comforting, but most importantly oh so good.

Dave Jakes’ self-titled debut mini-album is due out on December 11th via By The Time It Gets Dark.