Overall Score: 9/10 Setlist: 9/10 Performance: 9/10 Tilian Pearson’s Dinner Jacket and Dancing: 11/10 Pros: Carries the torch forward from the original Tree City Sessions | Sets a new standard for live streams/live albums across the board. Cons: None but if we’re being super picky the setlist should have been just a bit longer.

At the end of December 2020, Dance Gavin Dance blew anyone (and everyone!) out of the live streaming arena. They only went and got Sacramento’s Tower Bridge shutdown (aka the US equivalent of the iconic bridge in London of the same name) so they could throw down Tree City Sessions 2 live stream and album – the follow up to 2016’s Tree City Sessions live album.

Word has it that the Mayor of the city had to approve the gig on the bridge which is pretty bonkers in itself. We genuinely can’t imagine any UK band being able to convince Sadiq Khan to have the likes of Tower Bridge or the London Eye shutdown in the name of Metal. Can you!?

Anyway, if you caught the live stream, you already know what a hell of a show this was. The fact that it’s now immortalised forever as an album to blast on repeat is literally the best news ever. Whilst the digital release sadly doesn’t have holographic versions of Jon Mess and Tilian Pearson throwing down triple spins, foot shuffling or doing robot dances in their fantastic dinner jackets, the soundtrack is still equally as thrilling and crushing as a stand-alone release. And, the best part is that all of the tracks that made the cut were voted for by the fans.

Now, fan-voted polls for songs are always a big risk but unlike that time Metallica let fans pick the songs which scored the usual setlist (facepalm!), DGD fans made sure that the tracklisting featured an eclectic mix of tracks from the bands extensive back catalogue – including several which haven’t been performed by for years. Result.

Opening with The Backwards Pumpkin Song, what’s apparent from the beginning is the quality of the recording and the musicianship across the board. The mixing of the various styles that Dance Gavin Dance is known for sounds incredible whilst also still retaining the vibe and energy of the visual live stream. Whether it’s Will Swan’s godlike finger-tapping or the unique clash of vocals between Tilian Pearson and Jon Mess. What a way to kick things off.

When it comes to genre-defying fusion shenanigans, no one does it better or more seamlessly than DGD, so there’s no surprise when things switch up next with the jazzy infused Uneasy Hearts Weigh The Most. Here the band slows down affairs momentarily with Eidola’s Andrew Wells leading the band off on vocals before Pearson and Mess join the bands’ three-pronged vocal attack. The harmonies and different dynamic that each singer brings to the song is truly something to behold. This coupled with the musical chops of Swan, Wells, Mingus and Feerick driving the various musical landscapes of the song is magical.

Blue Dream is one of the big highlights of the album and a real treat for the fans. With the original version of the song from the Johnny Craig era of the band, this is the first recorded performance of the song featuring Tilian Pearson on lead vocals. Cue fangirl/fanboy screams. Whilst the two singers have their own distinct styles and approaches to Blue Dream, Pearson absolutely knocks this one out of the ballpark to the point that it sounds like it was written for him.

NASA, Jesus H. Macy and Awkward appear for the first time since 2015. On Tree City Sessions 2 they get a new lease of life sounding better than they ever have. Period. The former sees a full-on #blessthismess moment with Jon Mess going completely off-piste with the lyrics screaming “blah blah blah blah blah” in place of the original lines. But you know what? It oddly works in a way that only Dance Gavin Dance could possibly pull off.

The party-vibe reaches pure ecstasy by the time fan favourites Summertime Gladness and Inspire The Liars roll around. If you’re not bopping along to these with dance moves to rival Jon and Tilian’s display on the live stream you’re definitely doing it wrong.

The jaw-dropping standout, however, is a head-turning rendition of Man of the Year. Building softly and slowly before unleashing utter carnage on guitars, bass and drums. It is musical perfection in every possible way for over six minutes. The entire band hits this one out of the stratosphere and then some. The mental arpeggios on the outro are extraordinary.

Son of Robot and Evaporate represent the Artificial Selection (2018) album well before the band launches into the new school with Strawberry’s Wake from Afterburner (2020). It may only be the second time Dance Gavin Dance have pulled this one out of the hat but it certainly shines brightly here – hey there even more killer guitar lines and catchy funkiness.

Tree City Sessions 2 delivers over an hour of musical twists and turns coupled with high-energy, seamless interludes and an all-around phenomenal display of music and sound. It’s almost a shame it ends and when it does, you’ll be screaming “again, again” like the Teletubbies by the time last track, Nothing Shameful, gives you one last eargasm. It’s the first time the band has ever performed it and hopefully not the last.

Whilst the release will score mega points with the hardcore DGD contingent, Tree City Sessions 2 would also serve as an excellent intro and starting point for those less familiar with the band’s material. Spanning no less than nine (!) of the bands’ albums plus the added live element, this truly showcases the band at their best. The only thing that could have made it better would have been the inclusion of the crazy Spanish-fused Calentamiento Global from Afterburner (2020). But we’re definitely saluting the robot gods for giving us a digital release so we can relive this amazing performance over and over and, over again.

If Dance Gavin Dance does a Tree City Sessions 3, they’re going to have to do something pretty wild to top this one. No kidding. An all-round great release which certainly makes us miss live music just a little bit more. Now, where’s that repeat button? 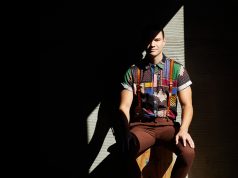