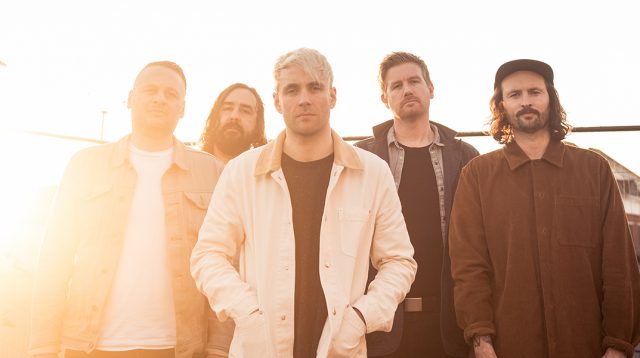 With Lonely the Brave just days away from releasing their latest album, The Hope List, the guys are giving fans a heartfelt look into just what went into making the album during lockdown.

The track Keeper was one of the first the band wrote together with new vocalist, Jack Bennett. Keeper shows off the distinctive sound of Lonely the Brave in the best possible way, combining an instantly memorable chorus with an anthemic sound.

“Keeper was the first song we fully completed for the album and remains one of our favourites. It will always hold a special place as the beginning of a new chapter.”

With the band based across Cambridgeshire, Bristol, and West Yorkshire, 2020 saw any plans of a traditional music video thrown out the window. Rather than let it get them down, Keeper the short documentary, came to life instead. Filmed in person in each members’ hometown, it shows off the realities of a band working through a lockdown.

The documentary was released at 1pm on the 14th January and can be watched below:

While this period has been a tough situation for us all to get through, this short and sweet documentary gives a hopeful insight and a reminder to stay positive. The documentary puts a focus on thinking about everything we’re grateful for, while telling the story of how despite everything going on, Lonely the Brave pulled through to bring us what’s shaping up to be a phenomenal new album.

Founding member Mark Trotter explains how this new record gave a huge sense of optimism for the band:

“Given everything that’s happened to this band, it would have been remiss of us to try rushing into this or do something that wasn’t right. It takes time.

“We’ve been a band for over 10 years and stuck in our ways a lot. There has been a huge shift in dynamic now. It’s a completely different vibe from where we were before. There’s a renewed energy and a renewed focus. Everything feels very positive in the Lonely the Brave Camp.”

The Hope List truly embraces the new beginnings and takes it for something entirely positive. The album delivers an emotional, widescreen rock sound and is as expansive as ever. Each track throughout holds a high level of intimacy and gives an honest and long-awaited reward to a loyal fan base, who have stuck by the bands side through any uncertain times.

The band are due to tour the record in April – with a number of dates already close to selling out, their London headliner was recently upgraded to The Dome.