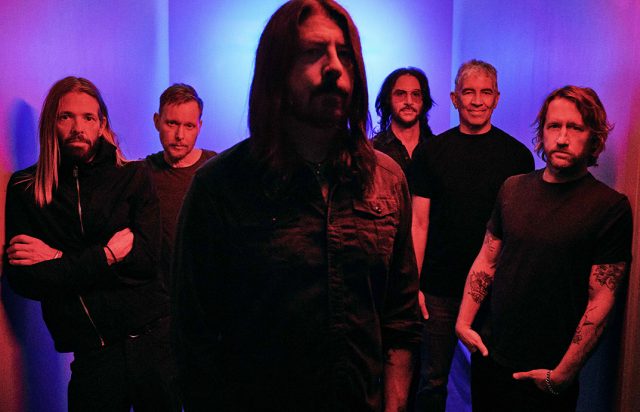 Hitting us with a snappy drumbeat and catchy lyrics to boots, are a band who need no introduction, American deities of rock (with too many awards to mention) the Foo Fighters are reminding us to ‘don’t forget what your good book says’ with their memorizing new track No Son of Mine.

Dave Grohl explains: “This is the kind of song that just resides in all of us and if it makes sense at the time, we let it out,” Grohl continues, “Lyrically it’s meant to poke at the hypocrisy of self righteous leaders, people that are guilty of committing the crimes they’re supposedly against…”

Mirroring the audio, the music video for No Son of Mine is as psychedelic as it’s 1970’s throwback sound. With nods to Led Zeppelin (thinks Immigrant Song), remnants of Barracuda by Heart and a whaling tribute to Motorhead, it’s easy to see why the Foo Fighters are the cover models of Classic Rock Magazine.

As the follow up to Shame Shame, No Son of Mine is the second release taken from their anticipated tenth album Medicine At MIdnight via Roswell Records / Columbia Records and is available February 5th, 2021. Medicine At MIdnight is produced by Greg Kurstin, engineered by Darrell Thorp and mixed by Mark “Spike” Stent.