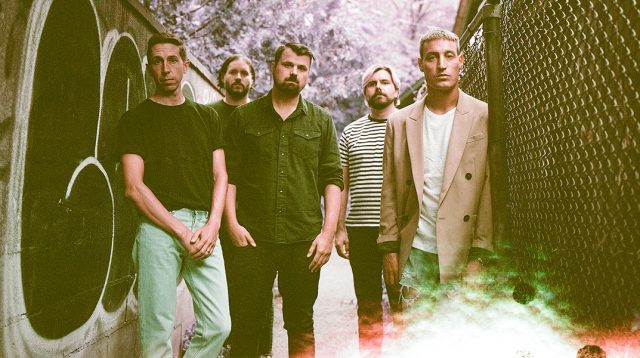 It’s been one hell of an eight months for all of us (quite literally) and the same goes for Silverstein, who when the pandemic first started to affect our day-to-day lives back in March, were part way through their epic 20th anniversary tour.

“I remember it very well…we were able to get in the shows in the UK and mainland Europe, and they were so much fun and killed it,” recalls lead singer Shane Told. It was after the Europe shows that the band then embarked on the US leg of their tour, at the beginning of March, when news of Coronavirus started to get a bit more serious. “It was March 11, the last show we played was Charlotte, North Carolina and the next day we had a day off, March 12. That was when it started getting weird, and we started hearing about this virus and people getting sick, and other tours being postponed that hadn’t started yet, and we’re like okay well are we going to finish this tour? We were supposed to play Atlanta the next day, on the 13th which was the Friday and we made a call right before we were going to leave to go to Atlanta, that we were going to turn the other direction and go north back to Canada.“

On the news of the tour being cancelled Shane confesses that the band were in complete denial at first. Admittedly most of us were, who really thought we’d be here at the start of 2021 still going through this pandemic? Shane isn’t ashamed to admit that the whole experience had been quite depressing and it’s become very evident that many people have struggled throughout this time. “We had to go home and it was very depressing at first, you know we just had a lot of planned and on the go and some exciting stuff with the band and the 20th anniversary just went away.” For a band who have spent years on the road, what were they to do with this new found, unexpected ‘free’ time? Shane revealed that he’s spent the time at home with his partner, working on new projects and also doing some work around the house. “Some of that stuff I think has been good for me, you know, to maybe, after 20 years, to have a little break, is isn’t the worst thing…I’ll be completely honest, I think that I’ve learned that I can get by without necessarily playing shows and without going on tour, and there are other things in my life. You have to understand that we have been on the road. Basically constantly for the last 17 years. We hadn’t stopped. The only time we stopped was to write records and record records and the rest of the time was tour, tour, tour, so the fact that all of a sudden that’s taken away from me and I’m still here surviving, I think that taught me a lot. It also taught me that I really do love it. You know, so even though I can go without it. I don’t want to go without it.”

Shane has also spent a lot of time working on his podcast and using platforms such as Twitch for streaming, as have the rest of the band who have all been very active online, engaging with and entertaining fans. As well as his Lead Singer Syndrome podcast Shane has also been working on a mini podcast with his buddy Mike, titled This Is The New Shit, where the duo discuss the top five new albums that are coming out every week. We asked Shane what music has helped him through the last eight months and while he confesses to listening to too many new records to count, he did give a nod to two British bands, “Creeper and Enter Shikari wrote two of my favourite albums of last year… they were albums that I listened to a lot and kind of helped me get through.”

While Shane tells us that a lot of great things have come out the situation and describes himself as an “always look on the bright side kind of guy” he does admit to quite an extremity, “I mean, I would murder a person to play a show right now. I am dying to play a show…,” we’ll keep our fingers crossed that he doesn’t act on this feeling, as the only thing that should be between us and him is a stage barrier and not metal bars….

..on that bright side that Shane looks to, is the announcement of the band’s three-day virtual OUT OF THIS WORLD TOUR, taking place in February. Speaking on how the tour came to be Shane said, “we wanted to play a bunch of different stuff and we wanted to give our fans something to look forward to, each week, especially at this time of year. I know, it’s probably pretty miserable in the UK in the middle of February. I know the middle of February very well because my birthday is in the middle of February and I’ve never had a nice day on my birthday my entire life, especially being Canadian it’s always like the worst snowstorm…” The three virtual shows will be taking place on Saturday 6th, 13th and 20th February, and for those wanting to wish Shane a happy birthday, he hits the big 40 on February 13, the same day as the second virtual show, which sees the band playing Discovering The Waterfront in full.

So what should we expect from these three virtual shows and just how do you bring Silverstein’s immense energy and stage presence to a screen? “There’s a big difference between watching a band on an iPad screen and going to see a gig, you know, lining up, when you walk in you see the drum set in the back and there’s lights and it’s loud and you’re drinking and people are running into you, and you know it’s an experience. It can’t be duplicated, I think trying to duplicate that experience, you’re going to fail. You’re never going to do it.” Shane tells us that the band are constantly trying to add a different level of excitement and entertainment, “we want to give them something fun and and something that’s going to be a lot more a lot more interesting than just, hey, okay here’s our album from start to finish…with our last livestream, we called it the Next Level Livestream, we incorporated a lot of different elements into it, you know we incorporated commentary, instant replays, fake bullshit commercials…I can’t wait to do it I think that people are going to be really stoked when they see all our ideas.”

As our time chatting to Shane comes to an end we ask which song from Silverstein’s extensive catalogue we should listen to, to help keep us going. His response, after a few seconds contemplating his decision is In Silent Sees We Drown. “Right now, it’s got a lot of toughness to it, a lot of hardships that people feel. It’s not written about a pandemic or anything but I think it really does work out in it, and I think that there’s something in there that maybe people will listen to it and not feel alone. Even if there’s no solution, you know, even if at the end, there isn’t like a ‘Hey, here’s the map of how to turn your shit around and get back on track’, knowing that you’re not alone and knowing that there’s other people feeling the way you’re feeling, that can mean a lot, you know, so I think that that’s the song that I would pick.”

Tickets for Silverstein’s OUT OF THIS WORLD TOUR, taking place on Saturday 6th, 13th and 20th February, as well as exclusive merchandise, are on sale now at www.SilversteinStore.com 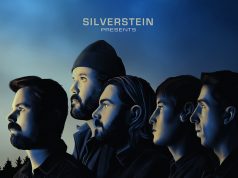