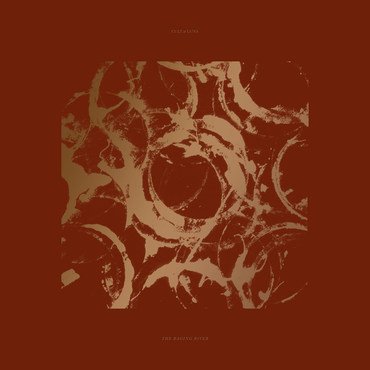 Overall Score: 8.5/10 Dynamism: 9/10 Guest Feature: 10/10 Concision: 8/10 Pros: A gorgeous exploration further into the ideas of A Dawn To Fear with a career highlight in the form of a Mark Lanegan collaboration Cons: Doesn't obviously point to the band's next step, nor differentiate itself from A Dawn To Fear enough to warrant its length

To build a legion of loyal fans in the 10s and 20s, a band has to consistently improve and build upon already stellar foundations. It seems hugely unfair given that many bands preceding the new millennium can get away with any old tosh these days, trading solely off former glories, but sadly it’s the way of the world in which music has become a commodity. From their self-titled EP and debut album, the world knew there was something special about Cult of Luna and fortunately for us as listeners they have continuously delivered on the promise indicated back in 2001. Their legacy and critical acclaim has only grown in the intervening years and now we arrive at their latest release, The Raging River, an EP that seemingly promises to bridge previous album A Dawn To Fear and the unknown that lies beyond.

Single, Three Bridges, kicks off proceedings with four ominous notes that go on to grow into a maelstrom of ungodly strength. Bolstered by Johannes Persson’s muscular growls and swathes of lurking synthesiser, the track becomes a monolithic blast of the band’s signature post-metal and bears all the hallmarks of one of Cult of Luna’s greatest songs. It’s a lean cut despite its eight-minute run time, but as any CoL fan knows, the band specialise in making long compositions feel fleeting. You’re still taken on a journey by Three Bridges, it’s just not as exhausting nor arduous as the kind their peers in Neurosis would have you undertake.

What I Leave Behind utilises theremin-like tones to instil a sense of dread in the already fearsome landscape created by the band. The addition of brass lifts the song into the symphonic, but not like Nightwish, fortunately. Instead, it emulates the grisly bombast of a Wagnerian piece reinforcing that apocalyptic feeling that has become all too familiar of late. As the song comes to an end there’s a slight feeling of exhaustion from the overwhelmingly nihilistic tones brought forth, and so it’s a relief when third track and talking point of the year, Inside of a Dream featuring Mark Lanegan seeps its way into existence. Where the prior tracks had the weight and intensity of a neutron bomb, Inside of a Dream is the aftermath, the dust settling and the sudden realisation that everything you loved is gone. Cheery.

This track that piqued the interest of anyone with good taste fulfils its promise. Cult of Luna with Mark Lanegan feels like a match made in heaven and the band candidly reveal that it had been their intention to work with him on 2005’s And With Her Came the Birds, but lacked the resolve to ask him to lend his considerable talents. Be thankful then that they finally plucked up the courage to bring this collaboration to life as it is a marvellous, truncated piece that shows off Lanegan in all his weathered glory and Cult of Luna at their most delicate to match. While we can speculate what Lanegan would have sounded like over post-metal all day and night, what we have is a carefully considered piece that does justice to both parties while defying expectation. Possibly the high point on a stellar piece of work.

I Remember and Wave After Wave are akin to the opening two tracks; Cult of Luna doing post-metal at its finest is something anyone with good sense can’t get enough of. The finale in particular shows off their dynamic range and ability in the most sterling fashion this side of Mariner, but it does beg the question as to whether the EP needed to be the full forty-odd minutes. The tracks are all stunning, no doubt about it, and they work well as a cohesive piece, but how far they actually hint at what’s to come from the Swedish luminaries is debatable. This sounds like an epilogue to A Dawn To Fear rather than some form of transitionary work, or a variation on a theme like the Vertikal II EP. A Dawn To Fear was a spectacular piece of work and more of the same is hardly a bad thing, but for a band with a legacy built on redefinition and evolution it feels every so slightly, so minutely underwhelming. However, the quality of what has been delivered is undeniable so the band can be forgiven for not pushing on to bold new frontiers outside of a full-length.

This EP is, yet again, Cult of Luna proving why they are on of the most revered bands in their sub-genre. It may not be some great transformative work in their canon, but if you just want Cult of Luna to be themselves and you’re happy with what they did on the latest album, you will be overjoyed to hear The Raging River.

Cult of Luna’s The Raging River is released February 5th 2021 via Red Creek.