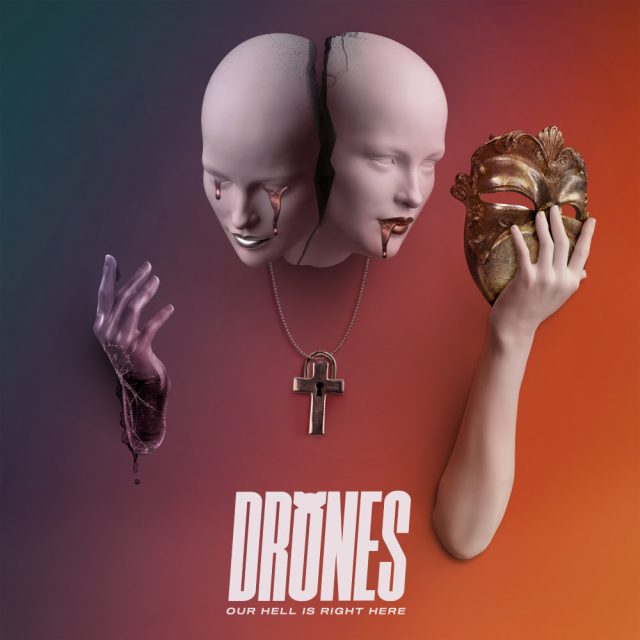 Talking about your own personal issues whilst the world endures a pandemic can feel a bit like preaching to the choir. With so much daily trauma, writing about your own struggles could easily feel inconsequential. This is a line that vocalist Lois McDougall and Drones have had to walk when approaching their second album ‘Our Hell Is Right Here’. After battling through this dilemma, they emerge with a cathartic project with enough earworm melodies to aid others that are dealing with similar life circumstances.

Bands within a similar vein to that of Drones all shoot towards the same targets and on their second album, there are moments where they get close to a bullseye. Tracks like the album’s opener ‘Please Vacate The Planet’ and lead single ‘Josephine’, serve as the best examples of what this band can do. Perfectly filling the pop-punk quota with emotive lyrics laced with melodies all wrapped in a bouncy tempo, it’s no wonder that they’ve shared the stage with the likes of Neck Deep and Marmozets. In the way that their peers have ascended to the forefront of their genre, Drones show enough glimpses here that could allow them to follow similar routes. These moments give the listener a window into McDougall’s previously mentioned turmoil in learning to overcome feeling ashamed about writing from a personal place.

Though half of the album does encapsulate this feeling, the other half feels more interchangeable. This other side of the coin doesn’t push the lyrical content to the forefront with its melodies as much and leaves some tracks lost in the shuffle. Whilst this record does show Drones’ identity, it’s not always as defined and can sometimes struggle to hold the listeners’ attention. Without a stand out melody or moment, these album tracks feel like less interesting versions of other songs on the record. The album’s third act in particular falls victim to this as it loses a lot of its momentum as it goes on.

‘Our Hell Is Right Here’ is a great opportunity for listeners to dip their toes into the world of Drones. There’s a handful of songs here that are strong enough to grip you and though you get the impression that this record is not the finished product, there is still enough personality shining through. The level of quality not being consistent throughout holds it back as an overall experience, but it’s still a strong place to jump on board with the band and see where they go.

‘Our Hell Is Right Here’ is available on the 12th February via Lockjaw Records. 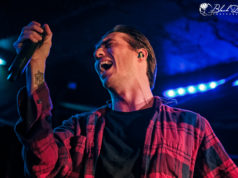