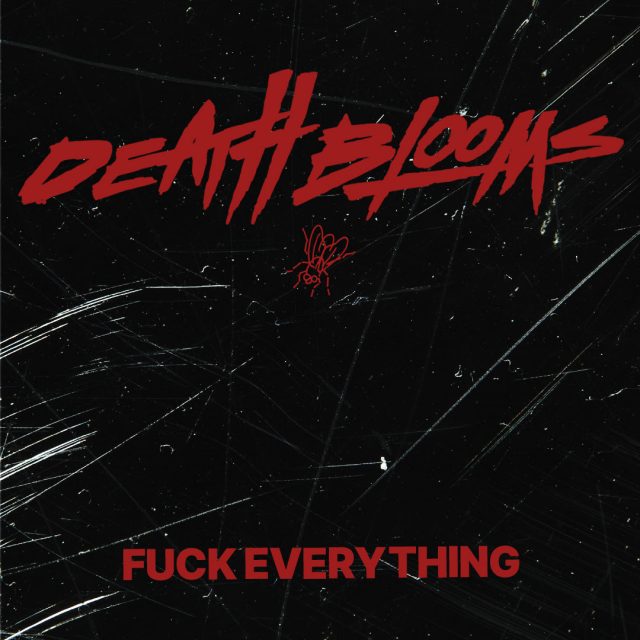 Overall Score: 8/10 Riffs: 8/10 Production : 8/10 Variety: 6/10 Pros: Undeniable proof that the band is ready for their next big step Cons: Not the most varied bunch of tracks

The modern hardcore scene is rife with talent, many of which with a set trajectory for stardom, but not every budding bringer of breakdowns has garnered the level of attention as Death Blooms. In just two years the Liverpudlian quartet unleashed two well-received EPs and, most crucially, landed themselves a spot on the inaugural Pulse of the Maggots virtual festival where their ‘spit and bile’ attitude assembled a following that has anxiously awaited their next move. The wait is finally at an end, Death Blooms are back; and they’re angry.

With a name like Fuck Everything you’d be hard pressed to expect anything less than the vitriolic attack on the senses that the band delivers on their latest EP. Much alike their previous releases, Fuck Everything is a whistle stop tour around tectonic-weighted riffs, vocals that fall on the realms of both demonic and angelic, and the neck-breaking beats that we’ve become accustomed to.

With that said, the band are eager to keep their eyes on the approaching horizon, moving their brand of grit and steel forward by welcoming glitching electronics and synthesiser flourishes to their once primitive landscape. This development isn’t exactly beyond expectation. The four-piece has a patent appreciation for the nu-metal era – vocalist Paul Barrow does well to channel a young Corey Taylor on the title-track alongside Gore – and considering the genre appears to be experiencing a renaissance amongst the wider scene Death Blooms seems to have picked their timing well to bring in the frenetic buzzes and whirrs of the 2000’s as returns to the forefront.

So, does it work? Definitely. The evolution the EP brings to Death Bloom’s discography isn’t a case of simply jumping on the bandwagon, this is as natural as evolution comes.  Life Is Pain wastes no time in proving this very point, ushering in the crunch of guitars with the jittering ticks and scrapes of industrial electronics. It’s a small but effective addition to the band’s blooming portfolio that keeps them from lagging behind the trend.

Elsewhere there’s very little to say on the songwriting front, Fuck Everything goes about delivering it’s putrid lows and soaring highs in a fairly uniform manner meaning there aren’t too many surprises across the brisk 15-minute running time. This is well compensated with a wealth of different vocal deliveries from Paul Barrow that explores an array of barks, growls and moans whilst his fellow bandmates match his venom through their own set of teeth; Jason Blackburn’s guitar is particularly nefarious.

Though it may be short, this all results in yet another succinct package for the band that has yet to put a foot wrong. Menacing, visceral and with a complete lack of restraint, Death Blooms surely has a set course for bigger things in the near future. Now, with a hat trick of EPs firmly underneath their belts, it’s high time that they turn their sights to a full-length debut. They’re more than capable and are more than ready for the challenge.

Fuck Everything is released on the 19th of March 2021 on Adventure Cat Records. 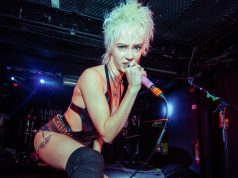