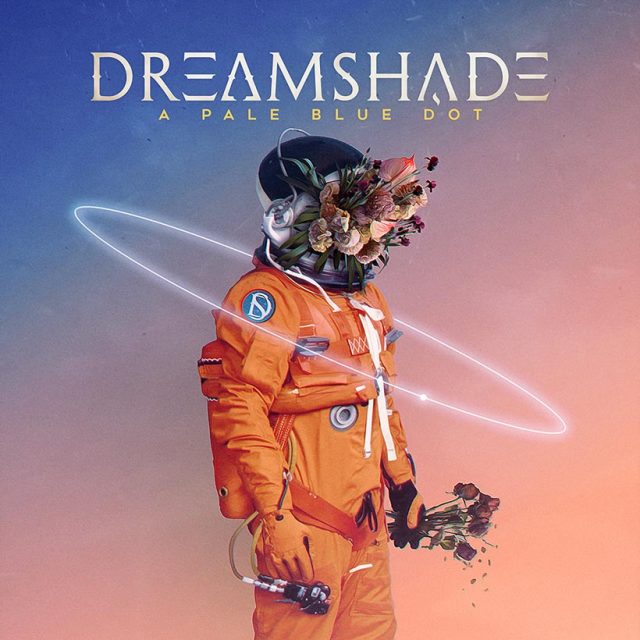 Overall Score: 7/10 Themes and scope: 7/10 Songwriting: 7.5/10 Staying power: 6.5/10 Pros: A solid next step in the bands' discography that opens them up to wider and more expansive themes Cons: Though it succeeds in making that first step into new territory, it doesn’t have the staying power to leave a real imprint

Swiss metallers Dreamshade are not the first and won’t be the last band to delve deeper into wider and more expansive themes when recording an album through the pandemic. With their fourth full-length record titled “A Pale Blue Dot”, Dreamshade shifts their focus into talking about less personal issues. With their blend of melodic metalcore and electronic elements, this transition feels completely natural for the band, resulting in a project that sees them progress forward and expand their scope. Mixed and mastered by Danish Grammy Award nominated producer Jacob Hansen, everything fits into place where it should.

Taken from the book of the same name by Carl Sagan, “A Pale Blue Dot” is all about a perspective shift that many people can relate to after the previous 12 months. Following on from 2016’s “Vibrant”, in this next chapter of their career, Dreamshade are tackling much larger and consuming topics. Despite turning their attention to this outside looking in perspective, the songwriting never feels too wrapped up in it’s existential questioning. The songs themselves don’t take a hit in quality following this shift as it all feels natural and cohesive as an overall theme. It’s not going to make you question what you already believe, and it shouldn’t be expected to. After all, this isn’t Carl Sagan’s “A Pale Blue Dot”, it’s Dreamshade’s and they do a great job of combining those themes with some solid songwriting and a good ear for melody.

The two tracks that feature guest appearances, ‘Stone Cold Digital’ and ‘Nothing but the Truth’, serve as two highlights in the tracklist. Rose Villain and John Henry aren’t the only elements that diversify the 14-tracks as some nu-metal style rap verses are sparingly thrown into the mix. These moments of diversification are welcome additions to the record, moments that would stand out a bit more if there was less material here. At 14 tracks and a runtime of 51 minutes, some tracks don’t feel as essential to the record’s point of view as others. A few more of these stand out moments would make the album’s overall tracklist more memorable. Though it is a solid 51 minutes, it lacks those hooks that demand a second run through in its entirety.

“A Pale Blue Dot” is a great first step into tackling some wider themes for Dreamshade. Their songs and style compliments the messaging here well, and none of it feels forced or fabricated. The balance here is just right in terms of tackling new issues whilst maintaining what makes them Dreamshade. On the flip side of that, pushing that limit a bit more could result in some more memorable moments in the songs whether it’s a particular lyric, vocal melody or riff, just something that demands a second listen. It’s a strong step forward but one that still needs a little more building up before it can make its intended imprint.

A Pale Blue Dot is out now.