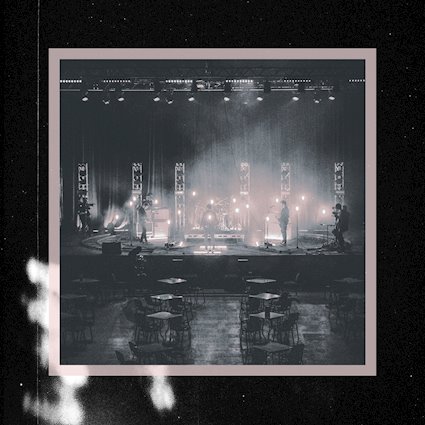 Overall Score: 9/10 Performance: 9/10 Comeback Factor: 9/10 Setlist: 9/10 Pros: A return for the ages from one of the UK's very best bands Cons: Absent songs being included in a longer run time would make the record that much more satisfying

Few bands are as exceptional as Black Peaks. That’s a curt and hyperbolic statement, but a justified one. Once in a generation you get a band capable of breaking through commercially, dominating critically and innovating artistically, and there are few arguments against Black Peaks being well on their way to fulfilling these lofty criteria.

2016 debut LP, Statues, was lauded as one of the very best records of a historically excellent year (it was the best, who are we kidding?) and 2018’s follow up, All That Divides dispelled any myths of ‘difficult second album syndrome’ as the quartet moved into a more expansive, more cohesive sound. Both saw significant critical acclaim across the board and garnered support from everyone from their grassroots fanbase all the way up to the intelligentsia gatekeeping BBC Radio 1. 2019 single, King, was the last new material from the Brightonians to date and continued the excellence of LP 2 while subtly hinting at the path the band would be continuing down.

The meteoric rise of Black Peaks has however been under threat since then as powerhouse vocalist, Will Gardner, fell ill and dates across the UK and Europe were cancelled. Followed swiftly by the devastation of the coronavirus on a global scale, the momentum the band had has been placed under serious strain. Peaks have been a seriously unlucky band, but this isn’t some mawkish sob story of “going through hell”, merely exposition for their undeniably triumphant return in the form of Live at the Brighton Centre.

From the improvised ambient introduction into the opening notes of Aether, this feels a much more sombre take on the band we have grown to adore. Peaks aren’t a party band, their lyrics don’t reflect fun times, but even by their standards Live at the Brighton Centre feels a demure celebration. Perhaps a given based on the current state of the world, it’s a spine-tingling moment as Gardner et al begin their set; their first performance as a quartet since Download 2019.

Segueing between hit after hit with only the silence of the empty room – one that by all rights should be packed to the rafters – this feels a pertinent encapsulation of the isolation all musicians must be feeling in the current pandemic. But the absence of rabid applause of hollering along to modern classics like Home and Saviour gifts these songs new life; even lacking an audience to celebrate these tracks, they stand on their own merit as opuses of the modern era.

The lack of pre-recorded accoutrements in a track like Aether – the absence of the pizzicato strings in the bridge – and the grit with which the quartet perform make this feel a rawer, more road-weary band. Ironic given the last two years, but the feeling is palpable all the same.

Introspective and recorded for posterity of the time, this live album is more than a promotional tool, it is a comeback for the ages, a crowning achievement for Black Peaks’ live abilities. Big words given that the band have supported Deftones at Wembley Arena and played sets of exceptional quality at every festival worth mentioning, but this will go down as another essential record from a band who to this point have only released gold.

As the tom fill of Say You Will signals the beginning of the end of this chapter in the band’s life, you realise what a special prospect they are. The fact that the band could release a live album that doesn’t feature Glass Built Castles, White Eyes, Crooks, Electric Fires etc. and it still be near perfect proves their necessity in the musical world and their penchant for incredible song writing. The only flaw of this record is that it doesn’t feature more of their stellar material, and if that’s all you can say against it, you must be talking about one of the best bands this country has ever produced. 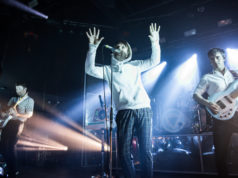