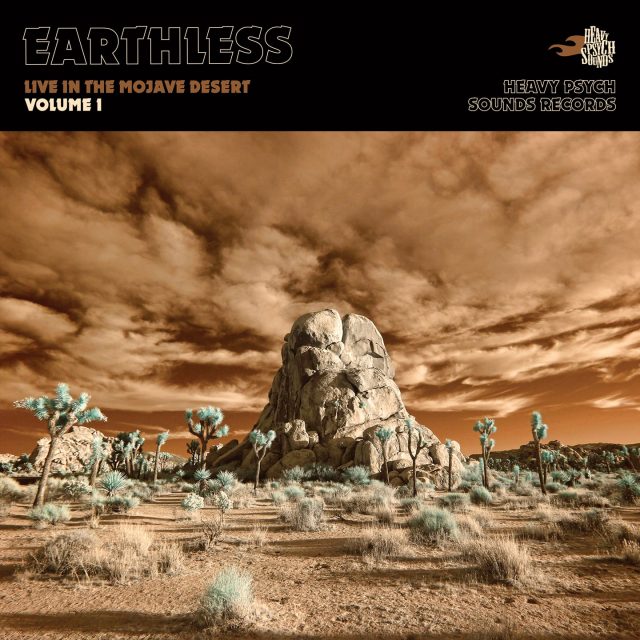 Overall Score: 9/10 Earthless: 9/10 Nebula: 10/10 Spirit Mother: 7/10 Pros: A great collection of desert bands in a soon-to-be-legendary series of shows. Cons: We weren’t there in the desert to witness the shows first-hand. Maybe next year, eh?!

Credit where it is due, there aren’t many organisations out there who have kept us entertained throughout this miserable pandemic than the Californian Desert Wizard Association. The Wizards pioneered the streaming market with their Couchlock and Rock festival last year, which gathered highlights of the Stoned and Dusted Festival together plus that majestic performance from Yawning Man at Giant Rock. And, it’s that performance out in the desert that set up a blueprint for this series of shows:

Take some legends and upcoming bands out into the desert, find a natural amphitheatre amongst the rocks, set up a suitably cosmic lightshow and let them loose doing what they do best… some serious Desert Rockin’!

The shows have become a staple of staying in on Saturday nights for stoners around the world throughout the start to 2021; and now it’s time for the soundtracks to be released.

First up, are the kings of considerably lengthy instrumental stoner rock songs, Earthless (9).

It’s no surprise that Earthless are the only ones to spread into a double LP in these lush vinyl releases of the shows, even though they only play a total of three songs. Check out all those variants available from Heavy Psych incidentally, there’s some sweet looking packages, but Earthless’s high contrast desert scene cover art coupled with double gold vinyl is just about the sweetest of the collection.

Two quick ones to start off… Violence of the Red Sea clocks in at a measly 16 minutes and the wonderfully epic Sonic Prayer is all over in 20 minutes.

For the main course, it’s Lost in the Cold Sun complete with feedback for days and seemingly never-ending guitars solos that would leave Hendrix thinking it was all a bit O.T.T. It really is music to get sucked into and get lost in. It’s a truly cosmic journey with the Earthless boys in the cock-pit.

Stalwarts of the scene, Nebula (10), are next to distort the desert for Volume 2. Distortion and Fuzz is the name of the game here and the beginning to the laid-back To The Centre is drenched in feedback as Eddie Glass does just about anything but play the song at hand. The rhythm section stays more strictly to the song as Nebula make an almighty commotion for a three-piece.

Older classics such as the monstrous Giant sit easily alongside newer tracks like Messiah as the whole show erupts into a sandstorm of fuzz and feedback. This shows off Nebula at their rawest and most inventive and injects some of that much missed live show spontaneity that we’re all missing so much. A class act from start to finish!

Woah, hold up, Spirit Mother (7) are not a three-piece band. Is that against the rules? Of course not… but what really makes them stand out is that the extra instrument on offer here is a violin.

Not to worry though, they still exude copious amounts of fuzzy-psych and that aforementioned violin just provides a few more angles for the band rather than the usual growl of down-tuned guitars.

Spirit Mother’s sound is a little more brooding and creepier than the other bands in this collection, and it’s a welcome twist to proceedings. With both male and female vocals, there is a crossover into grunge and a little gothic doom here and there. Dead Cells shows off SJ’s shit-kickin’ vocals to the full in a bluesy/country/punk mash up of a track.

The band’s set seems to whizz by as they are not into the lengthy meandering tracks as their counterparts in the desert, but that keeps things moving and interesting. It’s a great introduction for us to this band.

Mountain Tamer (9) are a three-piece stoner rock band. Just so we’re back to some comforting normality over here. Drums, bass and a guitar (okay maybe there’s a tambourine in there somewhere too).

These guys manage to sound fresh and classic at the same time. Tonnes of feedback, some chill-out sequences and some mad punky fire-starting bits make Mountain Tamer the complete package.

At their most stoner, they are reminiscent of their desert buddies Nebula. Things can get even more trippier in places though. Funeral of a Dog has got a pretty standard headbanger of a riff but supplement that with some swirly reverb and doom-ridden chanting and you have something a bit darker than we have become accustomed to here on the Desert Sessions.

Which makes it all the more exciting!

Scorched Earth is a very apt song to be delivering deep in the Mojave Desert right in front of Skull Rock. The low-end rumble on this one batters like a whacker plate and the ever-so-slightly claustrophobic vocals all add up to a hellraising track.

Maybe we should have already known about Mountain Tamer and their brilliance, but we’re just happy to discover them here and be onboard with these guys. Thrilling stuff!

The unofficial headliners of this fuzztastic bill, is brand new band, Stoner (7). The promo material describes the band as sounding “…like if Brant Bjork and Nick Oliveri got high and formed a band with Ryan Güt on the drums.”

Which is, we assume, pretty much what happened here.

Things start off in a familiar manner. Stoner isn’t far off what Brant Bjork is putting out in his solo band in recent times. Just with a more in your face bass sound in the mix! On Yer Blues plods along with a classic stoner vibe but never really goes anywhere with it while Nothin is a bit more upbeat, it doesn’t get particularly exciting either.

While Stoner are by no means bad here, maybe their biggest downfall is that they are exactly what you expect this band to sound like, even with zero exposure prior to this gig.

Nick takes over for the punky Evel Never Dies, which takes things in a different direction for a moment and is probably the highlight of the set.

Maybe it’s because all the material is new to us, but Stoner don’t quite hit that sweet spot that Nebula and Earthless touched on.

There’s no doubt that this set of shows will be held-up in the future as legendary for the scene and will no doubt be replicated time and again. We’re getting used to seeing shows without an audience now, but these will be time-stamped in history because of the lack of fans. We would have loved to have been there kicking up some dust in the desert for these shows, but as far as streaming gigs at home goes, these were some of the best and these soundtracks lose nothing away from the visual element.

The 5 Volumes are being released by Heavy Psych Sounds Records throughout April. 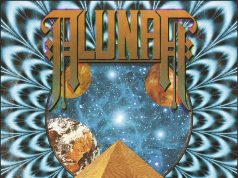 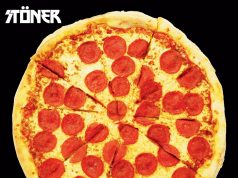 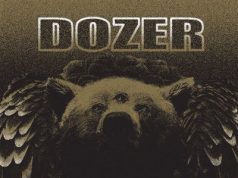 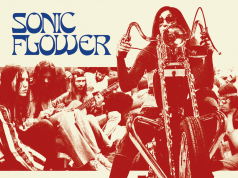