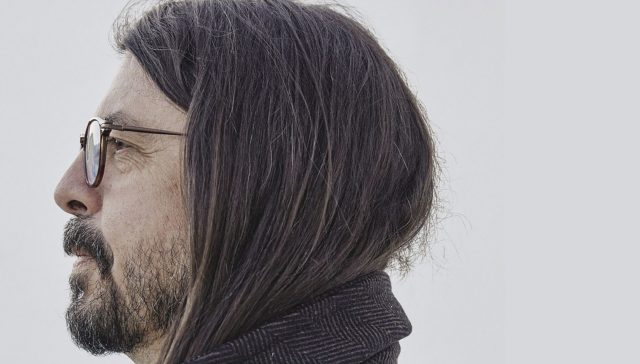 One of the most iconic, beloved and respected figures in the international music scene, Dave Grohl is a name everyone knows. From his record debut with Nirvana’s 1991 generation-defining album, Nevermind, Grohl has taken centre stage with Foo Fighters and had a hugely impressive career. Throughout his time with Foo Fighters, the band has gained a respectable 12-Grammy-winning streak, including the Number 1 album sales charting their latest record, Medicine at Midnight. During a hugely successful career, Grohl has travelled the world playing music for tens of thousands of ecstatic fans.

With his creativity expending from music to documentary and film making, there’s no doubt Grohl’s life is a fascinating one. In 2013 Grohl made his debut as a feature director/producer with acclaimed documentary, Sound City, named after the Van Nuys CA studio where Nirvana recorded Nevermind. Premiering to unanimous praise at Sundance and achieving 100% on Rotten Tomatoes, Grohl’s knack for compelling storytelling is obvious.

Now fans will be able to take a deeper look into the stories that have filled Grohl’s life with the release of THE STORYTELLER. Working alongside Simon & Schuster, Dave Grohl will release the product of taking a moment of pause during lockdown and writing his debut book.

Channelling his creativity into writing and using his remarkable skill for storytelling, in May 2020 he wrote a moving reflection for The Atlantic on missing the thrill of live music during lockdown. Following this @davestruestories was born on Instagram, marking the end of a longstanding self-imposed exile from social media. Using Instagram Grohl has used the platform to begin telling extraordinary and funny stories with fans and fellow music enthusiasts.

“There is a common thread that runs throughout everything that I do: storytelling. Whether in song, documentary film or on the page, I have always felt compelled to share moments from my life. This inclination is a huge part of what excites me creatively but also as a human being. In March 2020, realising that my day job with the Foo Fighters was going to go on hold, I started an Instagram account (@davestruestories) and decided to focus all of my creative energy on writing some of my stories down, something I love doing but I’ve never really had the time for. I soon found that the reward I felt every time I posted a story was the same as the feeling I get when playing a song to an audience, so I kept on writing. The response from readers was as soul-filling as any applause in an arena. So, I took stock of all the experiences I’ve had in my life – incredible, difficult, funny and emotional – and decided it was time to finally put them into words.“

In the build-up to the release of THE STORYTELLER, fans can dive into an eleven-minute audio preview. Giving a rush of anticipation for what is set to be a truly fascinating read. THE STORYTELLER is a celebration of music and moments that have built him into the man his is today. Ranging from hilarious childhood stories, touching family moments and leaving home to see the world at eighteen.

The book will also give insight into stories from Nirvana, Foo Fighters, and fellow iconic musical legends such as David Bowie, Joan Jett, Iggy Pop, and Paul McCartney. Grohl’s debut is set to be filled with tales of love, laughs, loss and embarrassments along the way, sharing the life of a truly fascinating man.

The Storyteller will be out 5th October 2021 and is available to pre order at davegrohlstoryteller.com