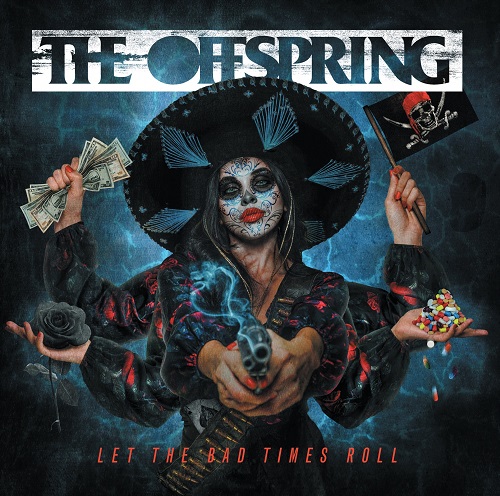 I think it’s important to state upfront, that The Offspring are the band that were the most responsible for getting me into rock music as a teenager. No other band soundtracked my teen years as much as they did; to say I was obsessed would be an understatement. You are probably wondering why this matters, well it’s because listening to their latest album was made worse because of how much they meant to me.

Let The Bad Times Roll Should be considered a warning of what’s to come instead of being just the album title. This is one of the most inconsistently produced, wildly uneven records I have listened to in a long time. It’s painfully obvious that this was recorded sporadically over a 6 year period and has been sitting on a shelf for 2 years.

Lyrically, it is already dated. No more is this evident than on the title track which also happens to be the lead single, it’s clearly aimed as a stab at then President Donald Trump. It’s childish, musically inept and lacks any real humour or even a real hint of any form of meaningful message. In terms of novelty singles (for which the band is known) it’s one of the laziest in their arsenal, a sentiment that also applies to We Never Have Sex Anymore, another sophomoric adolescent “jam” that would be more at home on a Simple Plan record than it is here.

There are a few bright spots on the record, with the opening track This Is Not Utopia harking back to some of the The Offspring glory days. Breaking These Bones is another highlight which keeps a good pace and anthemic chorus, but these minor bursts of energy cannot safe this album from being a largely uninspired quagmire of mediocrity.

When you haven’t released an album in nearly 10 years, and it’s taken you 6 years to complete said album, you create a sense of expectation among your fanbase. With that in mind, it’s not a wise move when you have just over half an hour of new music to use it dicking about covering In The Hall Of The Mountain King, adding in an arbitrary maudlin cover of Gone Away – a song you released 20 plus years ago, and then capping the whole thing off with a Lullaby that is essentially a refrain of the title track’s chorus.

Let The Bad Times Roll sounds like the kind of album that you write to fufill a contract. There is no passion, no conviction and in most cases no quality control on display here. This is an album written and recorded by a band on autopilot who are asleep at the wheel, staring at their best years in the rearview mirror.

On the production side of things, there is nothing to suggest this album was recorded by Bob “living off the Black Album” Rock. There is no cohesion, no sense of energy here. Vocals takes wildly different throughout the album, letting the listener know this album was recorded over a long period of time and stitched together. There is no flow from one song to the next, it all just bounces around aimlessly until it limps along to it’s underwhelming conclusion.

This album represents a dramatic fall from grace for what used to be one of the world’s biggest and most influential bands. A band who are now the very definition of out of touch. The Offspring have offered up the first big misfire of 2021 and it is honestly best off left alone. 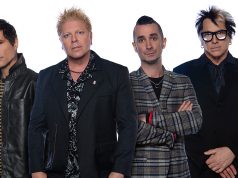