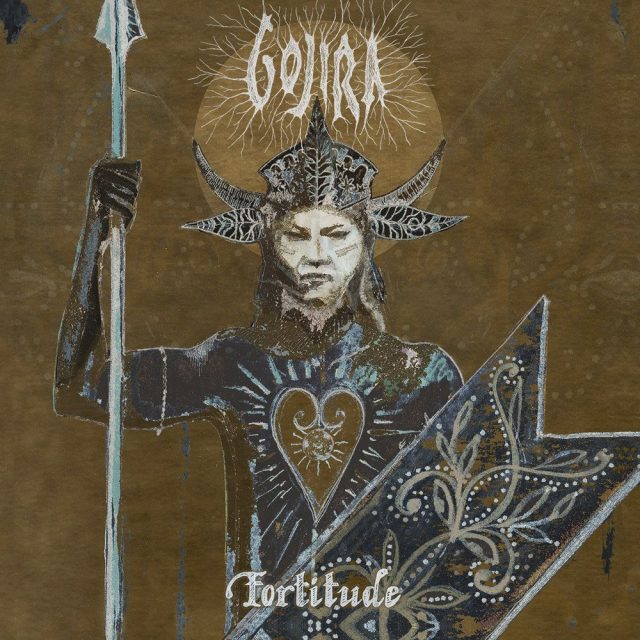 For those of you that missed the meeting, we took a vote and it was carried that Gojira are to be promoted to the Big League of Heavy Metal TM. Sorry if your opinions weren’t heard, but with all the uncertainty amongst the shareholders about the scarcity of future arena and festival headliners, we decided to take action.

Excuse my rather eccentric opening, but that’s kind of how I see the situation Gojira find themselves in as we, at last, get our hands on a new album from the French death metal mavericks. 2016’s Magma changed the game for the band and metal in general, showcasing a new soulful, less forbidding strand of Sturm und Drang, awakening the metal masses to the possibility that within their ranks were bands with a new way and new sounds, capable of leading the genre confidently into this millennia. There had been signs on previous albums that the band were onto something special and the success of Magma only increased the expectation around them, something matched by the enormous goodwill this bunch of decent, down-to-earth eco warriors generates.

I said in my review of Magma at the time that the band had a great opportunity and it was down to them not to fuck it up. They haven’t fucked it up. That said, however good ‘Fortitude’ is I feel that the band are now being swept along on a huge tsunami, created by all that expectation, hope and goodwill. They cannot be allowed to fail. We need them.

You’ve probably caught at least some Fortitude by now, but if you’ve only heard Another World, Born For One Thing and Amazonia, you will be in for a few surprises. Whilst Another World kind of takes up where Magma left off, with twisting, chugging riffs, soaring semi-clean vocals and lyrical questing towards the stars, Born For One Thing opens the album in a bold restating of Gojira’s technical prowess and Amazonia bows down to the tribal-metal of Sepultura , elsewhere things get more experimental.

Just released as a single as I completed this review, The Chant will probably be the most divisive, but ultimately telling song on Fortitude. Built on a wordless vocal melody, the song expands out of the title track, a sort of wistful, slave-chant which builds in volume as the song moves into The Chant, a song full of ire and defiance. The video shows us it’s about the plight of Tibetan exiles, although the lyrics are generic enough to apply to anyone suffering under the weight of persecution. I expect Gojira will now find themselves banned from China, but the song itself may well take on a life of its’ own. That vocal refrain is surely destined to be sung by massed choirs of fans at festivals and concert halls for years to come. It’s pretty irresistible, although I have seen some rumblings online from hardcore death metal types that this song is a step too far and “not what I want from the band”. I expect those massed choirs will drown out the few inevitable dissenting voices.

Talking of audience participation, Fortitude has amongst its’ tracks several more sure-fire live favourites in the making, including Hold On and Into The Storm. The band have spoken about how this album is about direct action and the harnessing of anger to make changes in the world and there are tunes here that are punchy, direct and stirring enough to match that, which will translate into a thrilling live experience. The massed harmonic vocal intro into Hold On seems to be leading into a mellow psych exploration, but then the elephantine riff kicks in and amid the “oceans of stress” Joe urges you to “hold on” and “fight!” which I can visualize being punctuated by thousands of fists in the air. The Slayer-esque breakdown will then surely flip everyone into a huge moshpit. Damn, they know what they’re up to here. This is music to conquer worlds by.

Even better is Into The Storm, featuring perhaps Mario’s best drumming on the album, which is saying something as he’s incredible throughout. It pitches straight into the maelstrom then Joe shouts “Go!” and leads from riff monster into a massive surging chorus of heroic intensity, again it’s precision-tooled for live communion on a grand scale.

That number leads onto the other greatest stylistic curveball on Fortitude, the cosmic folk ramble of The Trails. With whispered vocals and a hushed almost furtive atmosphere it blossoms out into a proggy lament at the bridge and is not the only time on the album where Alcest’s spiritually-minded metal is channelled.

It is perhaps only on the songs at the heavier end of the spectrum on Fortitude where it’s slightly lacking. That opener Born For One Thing is fantastic, you can see why the band chose it to open the album. A Pandora’s box of killer riffs and classic Gojira moves – weird harmonics, pick sliding and plummeting, thunderous grooves, it gets better with every listen. (I must take a moment to big up bassist Jean-Michel Labadie here, whose work on this song and throughout is brilliant.) That tune aside though, I find the other heavier numbers less than memorable. The Sphinx and Grind both contain all the same great elements as Born For One Thing, but they make less of an individual impression. Fun, if you can call being targeted by the Gojira shock-and-awe attack fun, but once they’re over you struggle to recall what just happened.

Ultimately, as I stated at the start of this review, I don’t think it matters what I think either way, Gojira are on the rise. They want to save the planet but they might just save heavy metal too.

Fortitude is out now on Roadrunner Records.