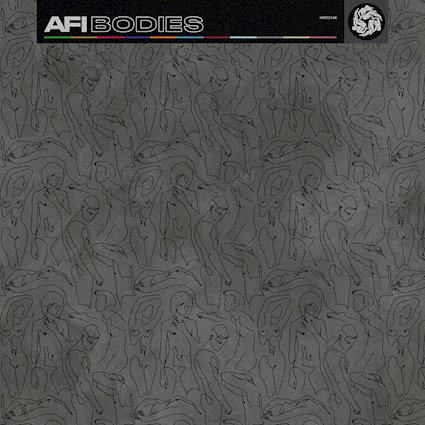 Being an AFI fan can be a challenging endeavour at times. The band’s chameleon like nature and ever changing sound ensures that fans will never get the same album twice. It also gives the band no base “sound” or image for anyone to get attached to. Their latest Bodies is possibly their biggest depature in sound, but arguably one they have visibly leading up to & leaning towards for the better part of a decade now.

Bodies has more in common with the 80s new wave & indie scene more than the abrasive punk scene that the band was birthed from. There are moments on here that would feel right at home on AFI adjacent (i.e side projects) bands Blaqck Audio & Dreamcar than the band who wrote The Art of Drowning. But growth is a part of life, and while this isn’t the most exciting album AFI has ever written, it is undeniably big and bombastic in it’s presentation and they certainly haven’t lost their ability to pen a tune.

Tracks like Looking Tragic and Twisted Tongues are huge and are going to be absolutely killer in a live setting. Dulceria which was co written by William Corgan feels like a Duran Duran b side (which absolutely is a compliment). Songs like Escape from Los Angeles and Death of the Party sound like a band on auto pilot.

Bodies represents a band at a pivitol point in their career, seemingly with nothing left to prove and choosing to stretch themselves creatively. What has come from an that is an album that has high points, but feels a bit beige and is lacking in energy overall. This will likely be a divisive album among long term fans, but it is worth commending the band for spreading their wings even if the results are varied.