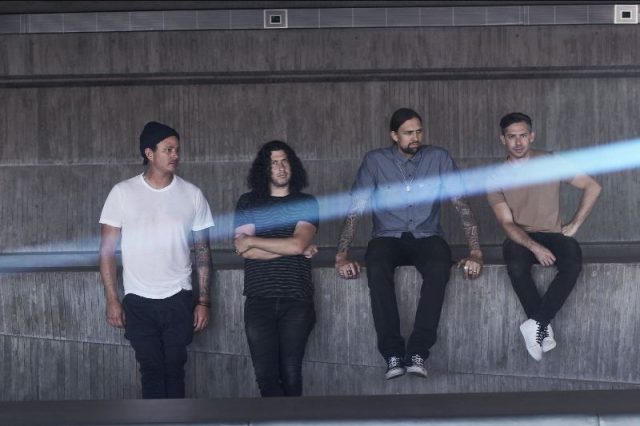 American rock group Angels & Airwaves have announced the news of a new album titled LIFEFORMS, as well as dates for a global tour for 2022. Both of these big announcements were made from the centre of Space, where the Tom Delonge fronted UFO loving band partnered with Sent Into Space to break the announcement of the album and tour.

The upcoming album LIFEFORMS, set to be released September 24th is the sixth studio album from Angels & Airwaves. Featuring already released singles Kiss & Tell, Rebel Girl, Euphoria and recent song drop Restless Souls, the record will comprise a total of 10 tracks. LIFEFORMS is set to document the personal journey Delonge has endured, as the frontman states:“This album for me is a journey through different relationships, different points of view, and how we each have our own life path.”

Recent single Restless Souls is a song written to the human lifeforms that inhabit planet earth asking for humans to necessarily demonstrate resilience. Speaking about the new single, Tom Delonge said:“’Restless Souls’ in many ways is an honest letter from God to humanity – because life seems to always be looking for ways to inspire, clarify and teach us when things become more difficult.”

Alongside the announcement of LIFEFORMS, the band will also be embarking on a global scale tour starting off in the US in 2021 before travelling to the UK and Europe throughout 2022.

Find a full list of the artwork and the tracks taken from Angels & Airwaves upcoming album LIFEFORMS below.