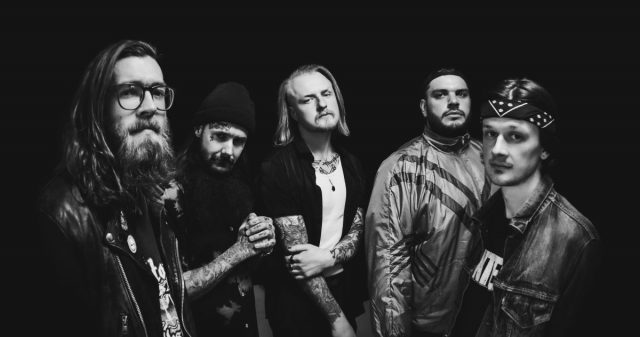 Black Coast are a new band to our ears here at Rock Sins, and well, we really like what we’ve just heard. Stoke-on-Trent natives and described as “nu-metalcore”, to us they just sound like a revival of the good bits of nu-metal, with some friggin huge breakdowns in there for good measure, what’s not to like?

Black Coast are very pleased to be able to announce their debut album Outworld, which will be released on the 19th of November 2021 through Paradise Recordings in partnership with Blood Blast Distro (one of Nuclear Blast Records offshoot companies).

To get everyone very excited for the upcoming album, Black Coast have just dropped a new single called Ache, which has one of the best drops we’ve heard anywhere in 2021. So without any further ado, just go and listen here:

Black Coast’s frontman Charlie Hewitt had this to say on their new single:

Ache has a mixture of meanings, l like to think this one was born out of all the shit we have been through in the years as a band. As people it’s that sum of all the problems we’ve faced but being very good at hiding them from each other and from the people listening when in fact we are just as the line says, ‘embracing the chaos’. Surrounding ourselves, life is hard and everyone has different things going on but l like to think this song brings us together to say ‘f*ck you’ to those problems.

Stay tuned for further updates on Black Coast between now and November! You can also follow them on Twitter at @BlackCoastUK.