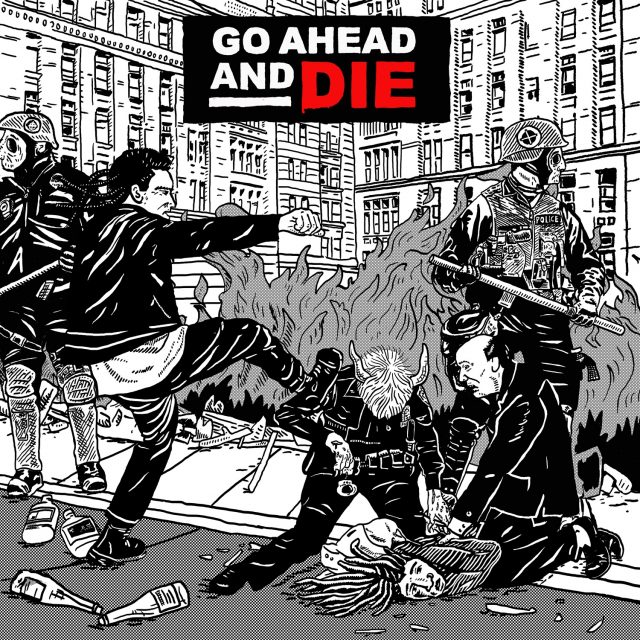 Max Cavalera is a musical icon. He has been one of the driving force through the metal community for nearly 40 years. A man of many talents and who has fronted a myriad of differerent bands over his extensive tenure. Over that time 3 common themes have always been prevelant in his work. Culture, Spirituality and Politics, the latter being the primary focus of his latest outfit. Go Ahead And Die are every bit as gnarly as their name suggests.

This is caustic, abrasive thrash punk at it’s most potent. Feeling like the musical equivilant of taking a steel toe capped boot to the face. This feels like a callback to Max’s previous works with Nailbomb and it seems very much like a continuation of the manifesto set out by that band 27 years ago. It’s a shame then that not a huge amount as changed in that time.

Taking in elements of Death Metal, Hardcore, Thrash and Grindcore and throwing them into a blender, this is the most ferocious album Max has put his name to in a long time.

Go Ahead And Die, both as a band and an album are exactly what the world needs right now. This is an extreme reaction to the extreme injustice seen on a global scale daily. This is one of the most important albums that will likely be released in 2021 across any genre of music. A violent, vitriolic snapshot of a world intent on destroying itself from within and then dancing on its still smouldering corpse.

Go Ahead And Die is available now via Nucler Blast