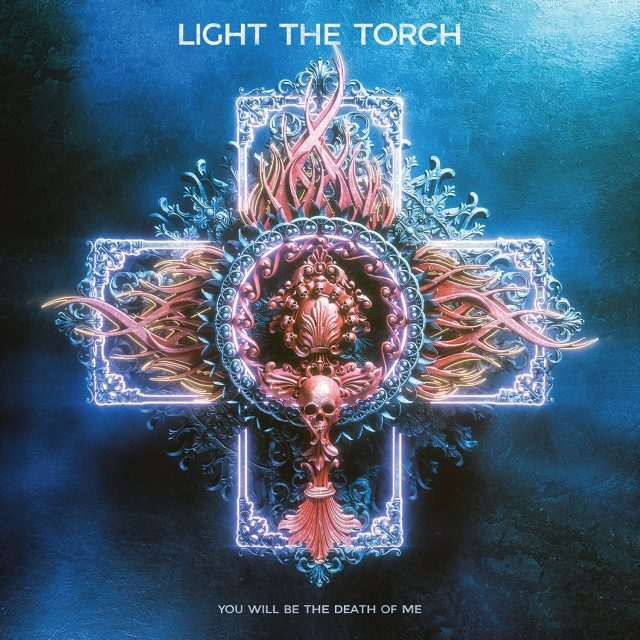 Light The Torch had a less than Auspicious start to their career. Despite delivering two solid albums under their original guise Devil You Know, they largely went under the surface. After rebranding themselves in 2017, they seem to have truly roared to life.

You Will Be The Death Of Me, their second album as Light The Torch and their fourth overall is an absolute barn stormer. Lead by Howard Jones, the band have released one of the years finest and biggest metal albums.

As to expected this is a goove laden record full of slab heavy guitars and skyscraper sized choruses. Take the single Let Me Fall Apart for example, it’s one of the catchiest metal songs to be released in recent memory. Howard’s vocals soar on the anthemic chorus, proving two things in the process, he is still one of the finest vocalists in modern metal, and when live crowds come back this one will be a cathartic rallying cry among the masses.

More than Dreaming, End of the World and Denying the Sin, are all classics in waiting, Proving once again that there is nothing wrong with adhering to a formula, provided you do it well. The one criticism I couls level at the album, and it’s a minor gripe at most is that some moments are a bit overproduced and it is fairly noticeable in places, but i doesn’t detract from the overall quality on display.

Death of Me is a real centrepiece in the middle of the album. A mid paced stomper with a soulful chorus that allows Howard to flex his vocals, in a widescreen anti ballad. It’s a true highlight. Living With A Ghost takes the reigns next and just pummels the listener with a riff so bouncy it may as well be played on a pogo stick. It’s everthing great about modern metalcore distilled into one 3 minute blast of headbanging, throat shredding excellence.

The album closes with a cover of the Terence Trent D’arby classic Sign Your Name, which is certainly a choice.It’s a fun cover that ends the album in a light hearted way, showing a different side to the band in the process.

It may have taken Light The Torch a little while to find their groove, but You Will Be The Death Of Me is the sound of a band firing on all cylinders and all signs suggest they are ready to set the world ablaze.