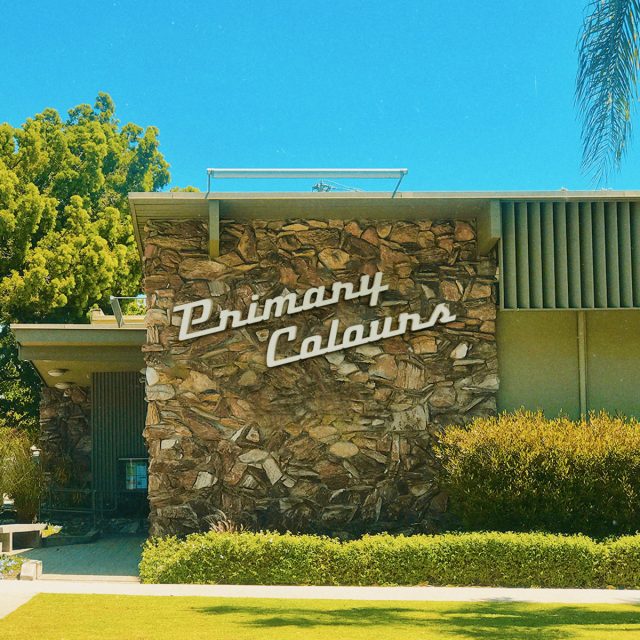 Overall Score: 8/10 Repeat Listen Value: 7/10 Lyrics: 8/10 Originality: 7/10 Pros: Sonically and lyrically shows maturity way beyond the bands years. A band that you should have on your radar! Cons: The long wait for the next album!

With certain bands you can really get a sense of their surroundings. Even though this album was recorded in sunny LA and you can certainly hear a summer vibe, it’s the lyrics that shine through, working class, finding hope and joy in the mundane.  You can really see the rough and grit you find with Brummie bands, not the indie swag of a Northern band, not the posh boy punk from London bands. Just straight up hard working, honing their craft in pubs and clubs to become this well oiled machine.

Now as we settle in, the album openers Eye Roller and Set In Gold are a real barn burners. Up tempo, crunchy guitars are just what you’d expect from band like this. Their sound is hard to place yet feels very familiar. Picture The Gaslight Anthem meets The Clash with the lyrical prowess of Paul Weller and you are somewhere in the right ball park.

Sonically this album is an aural delight and we have Davey Warsop (Green Day, Foo Fighters) tothank. Recorded in the city of angels in March of 2019 but something about a pandemic delayed the release… not heard about it myself.

You get that this album is very personal almost like Perry has had these lyrics stored away for years prior. The album delves deep with tracks like Family Man, a true modern day working class hero type song. I bet you wont find many songs that have slipped the words “people carrier” into it. The vivid lyrical ideas really feel like a young man describing a Father figure in their life. “You wages cover our mortgage, mine affords the bills. Three years saving for a holiday, we’ve been through the mill”.

L-A-U-R-A when you can’t fit your missus name into a song make it an acronym. In all seriousness this track is a B-A-N-G-E-R. If they encapsulated their LA recording experience, this track is a real stand out for that. A true summer anthem, “playing in a scene from a vintage movie” . Robinsons lead guitar work drives the track forward, the counterpoint guitar complements the vocal melody.
Now when I say Punk band you don’t think of uplifting and summery. LOVEBREAKERS seem to have this in spades, none more apparent than with track I Will Love Life. If you need affirmation this is the track you need throw on and preach it from the rooftops. The harmonies are unparalleled and the solo really takes the track to a new place sonically i felt like i was transported into a Oasis track that time had forgot.

Most albums especially debut albums lose their listeners (someone always wants to throw in a ballad) however, I was pleasantly surprised with tracks like Horizons and Cling On as I meandered into the middle of the record. You can hear how tight-knit the rhythm section is on these tracks, O’ Reilly and Smith finally get to showcase their talents. One thing i have noticed is that LOVEBREAKERS can write a middle 8, the harmonies again just soar and build to a fantastic crescendo, absolute ear candy!

Weighing in at 29 mins 31 seconds, this album is on the leaner side, but who are we to complain when presented with 10 fully formed and realised tracks. Hidden gem Worst Gentlemen even managing to sneak trumpet parts into the track. I can only think this song is about one of those people we all know, you know the type, lad about town or even the bouncer at your local boozer. Perry creates a wonderful social commentary and arguably his strongest vocal performance on this album. The melody holds a maturity that even seasoned songwriters would be jealous of.
Title track Primary Colours closes the album, which is an interesting choice seeing as this is the lead single for the album’s release. There is no doubt that it is a suitable single, the chorus hook will be an ear worm for several days. However it feels like it is wasted being placed as a footer of the album. Just like with Family Man talking about a Citroen Picasso, name a song that has made RGB colours to be so catchy, an education for any aspiring graphic designer. All I need are primary colours with the blues and greens on top of each other.

As debut albums go LOVEBREAKERS seem to have a created a little niche for themselves falling in between the cracks between Punk and Indie. Primary Colours is a mature first attempt with many stand out moments. Are they reinventing the wheel? No. Is it a solid album that oozes swagger and Summer Americana, you better believe it! If you get hand picked by Mike Ness from Social D to tour Europe with them, you are clearly doing something right. Catch these guys whilst you can, I cant see them playing small rooms for long!