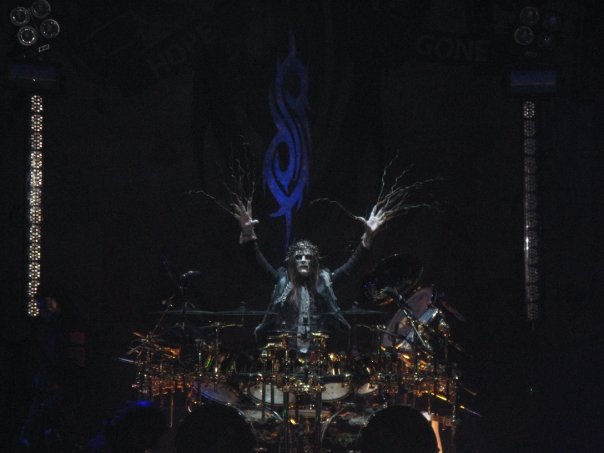 Joey Jordison, the former longtime Slipknot drummer and founder member of the band, has sadly passed away aged 46. In news that broke in the last hour or so, Joey’s family have released a short statement, confirming the worst. The full statement reads as follows:

We are heartbroken to share the news that Joey Jordison, prolific drummer, musician and artist passed away peacefully in his sleep on July 26, 2021. He was 46.

Joey’s death has left us with empty hearts and feelings of indescribable sorrow. To those that knew Joey, understood his quick wit, his gentle personality, giant heart and his love for all things family and music.

The family of Joey have asked that friends, fans and media understandably respect our need for privacy and peace at this incredibly difficult time. The family will hold a private funeral service and asks the media and public to respect their wishes.

Jordison, who regularly topped fan and critic polls for best drummer in metal, if not all of music, during his time in Slipknot, was one of the most recognisable names and faces of metal of the last twenty years. Alongside his time in Slipknot, he had wildly acclaimed stints drumming with KoRn and Rob Zombie, and shot to (even greater) worldwide attention when he rescued Metallica’s famous set at Download Festival 2004 when Lars Ulrich was unwell and unable to perform.

He also moved out from behind the drum kit to play guitar in horror punk band Murderdolls. After Slipknot, Joey Jordison had various projects on the go at different times, most notably Scar The Martyr, Vimic and Sinsaenum.

As one might have expected, tributes have already been pouring in to Joey Jordison on social media, including this one from Trivium frontman Matt Heafy:

Everyone here at Rock Sins sends their condolences and best wishes to all of Joey’s family, friends and band mates past and present.