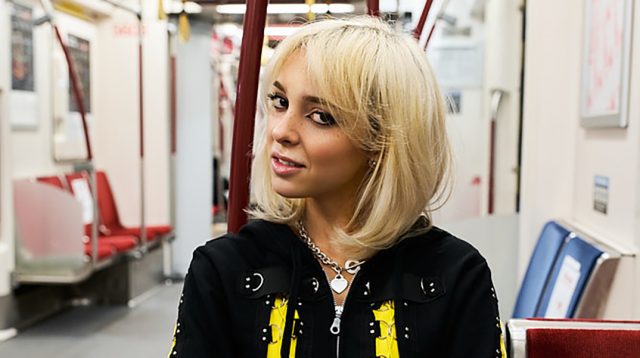 Who is Sophie Powers? We’ll tell you who – she’s the new pop, rock Canadian teen queen who has made quite an entrance to the scene. This recently turned 17-year old has already released two singles this year, (the second featuring Sleeping With Sirens frontman Kellin Quinn) and both singles have have amassed almost 200k views combined.

While for most artists releasing music during a pandemic has been a strange experience, for Sophie releasing her first two singles, it’s all she knows, “I obviously don’t know what it would be like if I didn’t release during the pandemic,” she says. “I couldn’t perform live , I haven’t been able to do I guess a lot more of the in person promotional interviews and stuff like that a new artists would do. And I’m not sure if that’s been a disadvantage for me, or an advantage, because I’ve had more actual time, instead of performing live, to focus on getting my social media going, you know, developing more of an audience.”

Last month Sophie released her second single, 1 Thing, featuring Kellin Quinn. She could only have dreamed of collaborating with the frontman after being introduced to Sleeping With Sirens by a friend back in 2019 and becoming a big fan.

“That was when I like started becoming a bit more like, dressing in all black, I guess I started really liking Sleeping with Sirens and I thought Kellin’s voice was just so unique. Then my manager actually brought Kellin up I was like, yeah, like, I didn’t even, it didn’t even hit me, but like, then it hit me like I have to do something with Kellin, like that would be insane. We sent him like five or six songs and he really liked 1 Thing and actually like responded and said he was down. Yeah it’s really crazy.”

Telling us about other artists she admires, Sophie confesses to have been reading one of her old diary from when she was around the age of 12, literally before we started chatting.“it said like, what are three of your favourite pop stars. Number one, Lady Gaga, number two Taylor Swift, number three Selena Gomas.“

“Lady Gaga, really influenced my music, like all that electronic stuff, I grew up with in the early 2000s, Like that dance pop, I still try to incorporate that in like a modern way with like synths into my songs. So I would say definitely her. Taylor is like an amazing writer but she’s a very different artists to what I’m trying to do. But, you know, she’s so cool too and I really respect both of them a lot. Oh and Selena, I really respect a lot.”

Seeing those growing up in 2000s might make some of us feel a bit old, but it’s really exciting to see this new generation bringing back the emo, pop, punk rock, that we grew up with. Citing the likes of Machine Gun Kelly, Avril Lavigne and Willow Smith who are hot on the scene right now and Sophie is loving, she also pays tribute to her favourite band Nirvana.

Speaking specifically about fellow Canadian Avril Lavigne, she says, “Her journey lyrically and as an artist is really cool for me to have watched, especially as she started out from Ontario, Canada where I live, and especially from a more pop punk perspective and not off the bat not trying to hit mainstream pop or country. Her lyricism is really honest and I’m brutally honest too – boy bashing I feel is in both of our songs.”

Sophie’s third single Life Goes On, which will be out tomorrow (Friday 20th August) is set to still be punk yet calm feel to it.

“It’s not as hyper, there’s a little bit more of that Lonely Army vibe, you know, calmness I would say, because it’s not a song about, like one thing, like being anxious and it’s supposed to feel chaotic. Obviously it’s very high energy, but it’s actually a true story of this time that me my friend went to go meet this guy. And then we got stood up after like travelling like an hour and something on the subway, like the gross like smelly subway, and I said my friend like life goes on, like, whatever, you know, and we had a really, really fun day, probably even more fun of a day than we would have had if we had met up with this guy. So, I mean, that’s basically what Life Goes On, for me, I wrote it in the perspective as.“

We all know that social media has its pros and cons and artists aren’t an exception when it comes to being subjected to abuse from relentless keyboard warriors. Sophie has also been on the receiving end of horrible comments.

“instead of letting it bother me and it really did bother me at one point, I just put the filter on my comments, so it doesn’t even come up,” she says. With a strong head on her shoulders Sophie is also aware of the good she can do with her platform in terms of speaking about mental health and other important topics.

“It’s not that I feel pressure like it’s a bad thing, but I feel almost guilty if I’m not, because I feel like it’s my job to be speaking about those things, you know…so I do feel pressure there a bit, but in a good way.”

“I’m so excited to perform live, despite the fact that I want to be safe and make sure everything’s okay I’m itching to get onto the stage,”

While she’s yet to perform live, we’ve no doubt that Sophie’s shows will pretty epic and having grown up performing in arts and theatre, she’s no stranger to stage. “I’m so excited to perform live, despite the fact that I want to be safe and make sure everything’s okay I’m itching to get onto the stage,” she beams.

We looking forward to seeing Sophie make her live performance debut and have our fingers crossed that there’ll be a trip to the UK in the near future, especially as she told us she’s getting a British passport (her mother is British). Watch this space! 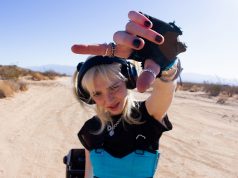 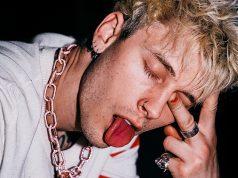 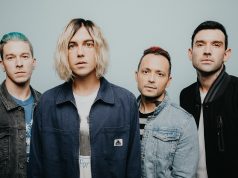 Sleeping With Sirens Announce Deluxe Edition of ‘How It Feels To Be Lost’ Plus, A Brand New Track!