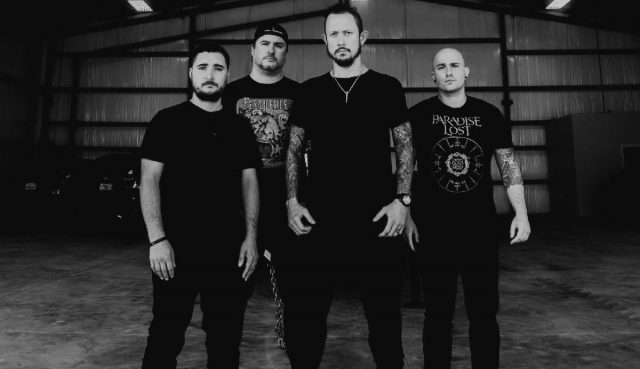 Our friends in Trivium have certainly been putting their time in the pandemic to good use. Not content with building a new headquarters for the band at “The Hangar”, or frontman Matt Heafy helping musicians all over the place get to the next level of Twitch streaming (including bandmates Paolo Gregoletto and Alex Bent), we are also getting a new Trivium album this year!

Following the blistering single, In The Court Of The Dragon, released a few weeks back, Trivium can today confirm their new album of the same name will be released on the 8th of October 2021! Alongside the album announcement, there’s also a second new Trivium single called Feast Of Fire! The video for the track was filmed at the band’s new Hangar HQ, and can be seen below:

The full tracklisting for In The Court Of The Dragon, which is Trivium’s tenth studio album, can be found below. The incredible album artwork by French artist Mathieu Nozieres can also be seen (and enjoyed).

IN THE COURT OF THE DRAGON TRACK LISTING:

UK fans won’t have to wait long for their first chance to hear songs from In The Court Of The Dragon (or previous album What The Dead Men Say either)! Trivium headline a short run of UK shows in November, with support from Heaven Shall Burn, TesseracT and Fit For An Autopsy. The dates are as follows:

Remaining tickets for the tour can be purchased from Ticketmaster now!

Prior to the UK tour, Trivium will take part in “The Metal Tour Of The Year” in the US alongside Megadeth, Lamb Of God and Hatebreed.