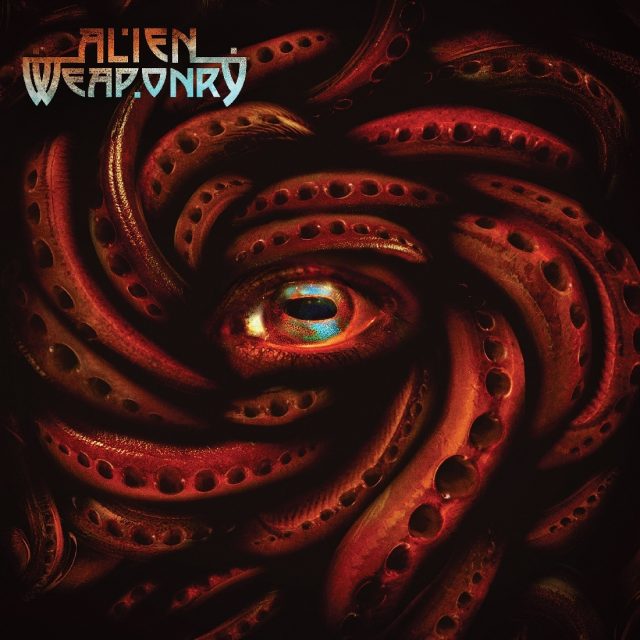 When Alien Weaponry burst onto the scene with their debut album Tu in 2018, the world sat up and rightly took notice. Three young men from New Zealand, singing partly in English and partly in M?ori, who had created something fresh and very special. Praise followed from all corners of the metal world, and brought Alien Weaponry to Download Festival in the UK, where they put on a spectacular performance, just one example of their growing live powers.

Three years on, Alien Weaponry have returned with Tangaroa. One of the years’ most eagerly awaited metal albums from across the world, how were Alien Weaponry going to tackle the challenge of the often horrendously difficult second album? Unfortunately, not quite as well as many of us in the metal community were hoping for. Quite rightly, they haven’t just wanted to make Tu part two, and have tried out a few different things to help differentiate from their debut. But not all of the experiments have hit the mark.

Throughout Tangaroa, the album feels somewhat hampered by the production. Given the often tribal sounding nature of Alien Weaponry, it is understandable that they wouldn’t opt for a totally polished sound in the way that so many other metal bands too. But Tangaroa in many places goes too far the other way, sounding tinny and flat, particularly on Henry de Jong’s otherwise very accomplished drumming. The other main issue is one bands far bigger than Alien Weaponry have fallen foul of recently; There are several songs that are 1 – 2 minutes too long (depending on the track in question). Several songs feel like there is the nucleus of something good or really good there, but the songs outstay their welcome. There is often a feeling that someone, perhaps the producer, just needed to go “cut it here” to the band on certain songs, and that would have made quite a substantial difference.

The increase of clean vocals also doesn’t work in all instances, but we are not going for the metal stereotype of “band introduces clean vocals and it automatically doesn’t work”. There’s some effective uses here, but perhaps it should have been slightly more sparing than it has been. Tracks like Blinded, Kai Whatu and especially the single Buried Underground still offer plenty of enjoyment and these songs (and perhaps others too) will fare well in the live environment. But as a whole, the album lacks the hooks that made Tu and the likes of Ru Ana Te Whenua, Holding My Breath and Kai Tangata such a wonderful listen. One suspects the Alien Weaponry juggernaut will motor on, but perhaps the expectation levels on these still very young shoulders will be tempered somewhat now they’ve got the difficult second album out of the way. Fingers crossed for more of a return to form next time.

Tangaroa is out now on Napalm Records.