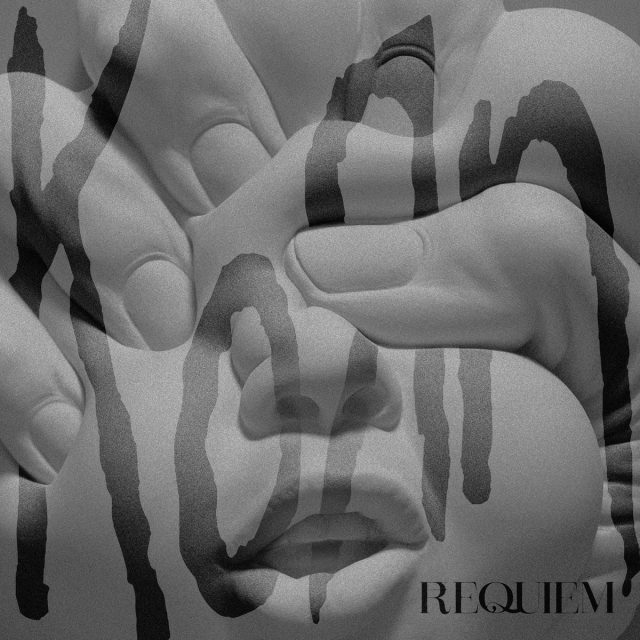 It’s been a testing few years for Korn. From the death and loss that spurred 2019’s The Nothing, to the isolation and uncertainty triggered by the COVID-19 pandemic, it would be perfectly understandable if Jonathan Davis and Co. took things to even darker places on their next outing, particularly with the hiatus of bassist Fieldy in the latter half of 2021. However, 2022 sees them in a strangely positive place, something that Davis himself has admitted is foreign territory for him. That’s what Requiem is the result of: a search for inner peace in a time of unprecedented darkness, which may just be what everyone needs.

It’s clear from early tracks Let The Dark Do The Rest and Start The Healing that this new positive attitude won’t impact in any way on how heavy Korn can be. If anything, this is them approaching their heaviest for some time. Gone are the gothic flourishes of The Serenity Of Suffering (2016) and the electronic elements which became such a key part of their sound in the past decade. In terms of instrumentation, this is back to basics Korn, with big riffs from Head and Munky, with perhaps the most notable evolution being the arena-ready choruses pervading every track on the album. Let The Dark Do The Rest is Davis exploring how to be happy in a world of darkness that he has become comfortable in, while Start The Healing does an excellent job of setting the general tone of becoming comfortable in the negative space and fighting to come out of it. Penultimate My Confession being the most brutally honest track when addressing the need to break out of that comfort zone and try to turn things around.

With all that said, there is still room for that sense of oncoming doom to slip through despite Requiem’s short runtime. Disconnect addresses the difficulty of balancing the dark and light, while closing track The Worst Is On Its Way is a fitting way to close a generally positive album with a warning that disaster is just around the corner. There is also Hopeless And Beaten which is possibly one of the heaviest tracks they’ve ever written, bringing in crushing doom-laden riffs courtesy of producer Chris Collier that get ramped up to 11. It’s a good balance between Korn’s classic lyrical subjects and that struggle to embrace happiness when it presents itself. In interviews promoting Requiem, Davis has discussed his previous inability to be more positive in his music and this album, when taken as a whole, tells a tale of his journey to become more positive when the spectre of what can still come, still lingers in the background.

The main thing holding back the album, though, is its short length. At only nine tracks and 32 minutes, there isn’t a lot of room for Korn to really let themselves breathe and show the full range of their sound. However, in the short time they have they still manage to explore different eras of their sound, with My Confession harking back to their first two albums with the fuzzy guitar effects from Munky sounding eerily similar to that used on Life Is Peachy’s (1996) Porno Creep. Worst Is On Its Way is full of guitar effects that hark back to Follow the Leader. In contrast, tracks like Forgotten and Penance To Sorrow feels like much more contemporary Korn, with the later taking on Davis’ new-wave influences while adding a modern nu-metal spin. Requiem is a term used when honouring the deceased or finding peace, it feels apt that Korn would take the opportunity to honour chapters of their career that are now long in the past, while looking ahead to the future.

While it would have been nice to have a couple of more tracks to really flesh out the album, Requiem does its job, nothing more, nothing less, and as the band face a difficult period with the absence of Fieldy on mental health grounds, there’s a feeling that this album was made as a sort of therapy for the band, rather than something to merely shift units. When the world is in a better place, it’s almost certain Korn will come out fighting and pushing their boundaries to new extremes. But if you want Korn being Korn, then this album is just what you need.

Requiem is out now via Loma Vista Recordings.