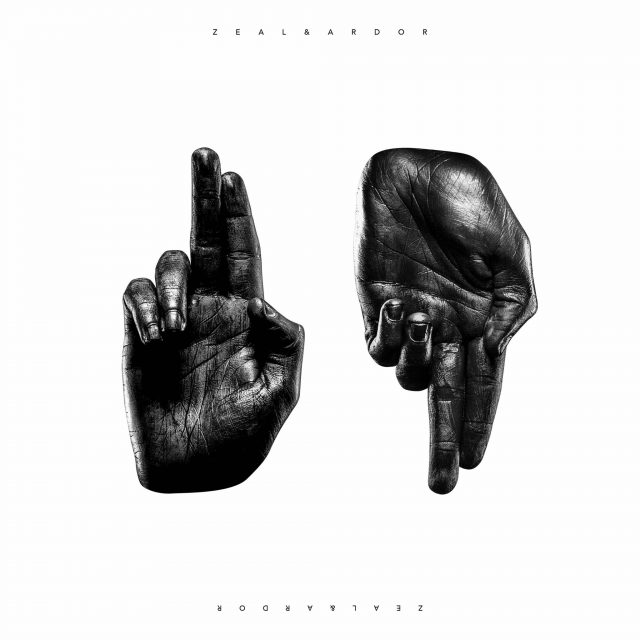 Overall Score: 9/10 Composition: 10/10 Musicianship: 9/10 Lyrics: 9/10 Pros: Zeal & Ardor at their very best. A wonderfully addictive listen from beginning to end. Cons: The levels experimentation and may not be for everyone

How different would our present be if one event in history didn’t happen? The theory of alternate timelines is a limitless and robust equation. Take Zeal & Ardor for example. Had one person on an internet forum not made a particular request, Manuel Gagneux wouldn’t be about to release the project’s third album. The band as we know it wouldn’t exist, let alone be on the trajectory it is. This third record, aptly self-titled, takes us further along their central idea: what if the slaves of the Deep South had turned to Satan instead of God?

The alchemist presents us with 14 tracks of exquisitely crafted soul meets black metal – and whatever else Gagneux feels like throwing in the pot. The third entry in the loose narrative stringing Devil Is Fine (2016) and Stranger Fruit (2018) together has the slaves liberated and on the run.

It’s custom to have a short introductory track on an album. A minute or two of an instrumental constructed to give a taste of what’s to come. The titular track’s blasts of electronics rattle the bones. Deep reverberations creep up the spine. For all intents and purposes this is an introduction to a band we think we already know. Swelling to a crescendo sees the trend quickly subverted. “I spent thirteen years simply waiting here” Gagneux declares darkly, dangling us over the abyss as sinister vocals invade our thoughts.

From here, we are taken on a delectable descent into madness. Plunging headfirst into the world of Zeal & Ardor’s creation, Run makes it clear this is not a pleasant place to be. Adrenaline spikes as fast as the drum rolls. Gagneux’s vocals in the verse showcase a glimmer of soul but the beauty of Zeal & Ardor comes with his menacing inflections. The duality of gospel backing vocals against a spiky black mental influenced chorus is what makes Zeal & Ardor a special project. This and the inability of knowing where they will go next.

A project such as this demands an open mind. Expectations? Have none. Allow the narrative to open up and suspend disbelief. Death To The Holy’s fusion of jazz metal is intoxicating. The verse’s instrumentals are simple but deceptive. It depicts our fictional group embracing the philosophy of Satanism which allows people to have egos. The crunch of the break’s riff conjures images of people in the throes of self-acceptance. Welcoming their wants and needs, they throw their hands to the sky, a heady mix of growls and fallen angel choruses testify to Lucifer. The gentle guitars of Golden Liar lend themselves to the philosophy further. Huge drums push the telipogon diabolicus bud to bloom within the song’s spacious moments. Smoky yet smooth spoken word fills our head with confessionals. Our tendency to expect is tested as the drums count down. Anticipation for metal-centric breakdowns builds as the single swells but the fire simply rages without exploding.

Zeal & Ardor is built on experimentation. Feed The Machine rubberbands between frantic extreme metal and easy listening. Melodies play out like sweet nothings to draw us in. Brutal machinations of riffs grind beneath German vocals as the dichotomy begins to blur in an enchanting but threatening way. The experiment doesn’t always pay off. On first listen, Emersion’s soft synths are jarring. Curling up beneath a security blanket of gentle alternative pop leaves us vulnerable. An almighty screech pierces our safety for a moment of visceral discomfort. Flitting between these moments of past and present create an image as confusion as our own coming of age. A confrontation not everyone will want to have.

Composition comes naturally to Gagneux. While the influence of his musical parents may have played into that, there is something truly wonderful within the Swiss’ mind. Erase is divine example of this. Welding small melodies to expansive black mental choruses shouldn’t work on paper. Yet it’s an intoxicating listen. Using the opening melody as a plaything concocts a diorama of conflicting identities. Previous versions of our group disjoint and slip away beneath a crushing riff. Where Erase uses music as imagery, Götterdämmerung is direct with its lyrical content. With the help of a translator. Translated to “twilight of the gods”, this assault on idols and prophets speaks of taking acid in our hands to “Ätze die Lügen weg” (etch away the lies). As though Olympus itself has fallen, Götterdämmerung is apocalyptic. The twilight preaches to a newly converted choir which we are compelled to join as bubbling riffs spirit us away.

Zeal & Ardor have given us a self-titled album which is truly deserving of the accolade. Zeal & Ardor border on perfection in their elusiveness. It takes skill to keep a listener guessing without losing engagement. The formula Gagneux has brewed develops on the palette and is simply addictive.