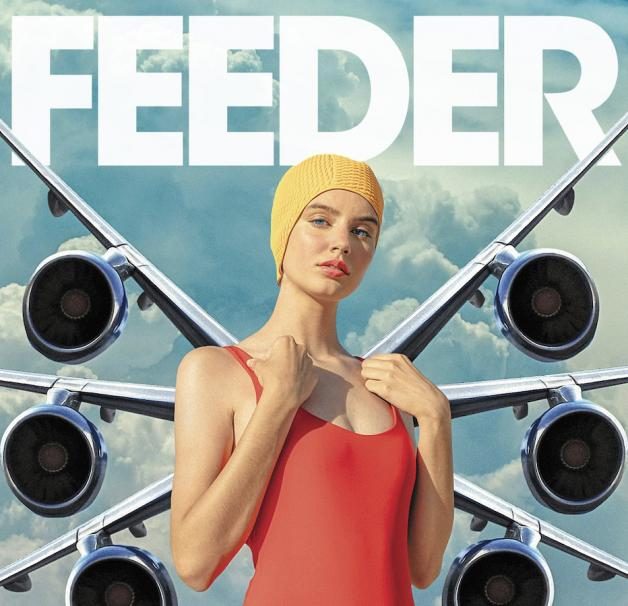 Three years after the release of their chart topping 2019 album Tallulah, Feeder are back with an explosive new album Torpedo.

The Welsh band, consisting of singer and guitarist Grant Nicholas and bassist Taka Hirose, have been through their fair share of trials and hardships. From devastating loss to a global pandemic, the Newport boys have continued to bring joy to audiences for nearly three decades with epic tunes such as Just The Way I’m Feeling and Feeling A Moment. Now, they have returned with an odyssey of an album made for a post-covid world ready to rock.

The album begins with the appropriately named The Healing, a six-minute song of experimental sounds that brought a smile to our faces and made our hearts soar with nostalgic joy. An optimistic anthem reminiscent of the classic Feeder we all know and love with apocalyptic metal undertones, it asks us to “all stand together before it all comes down.” Something more relatable now than ever.

Later in the album we see powerhouse rock anthems like Decompress that feature incredible riffs echoing that of bands such as Nirvana and Royal Blood, and present lyrics radiating hope, with lines like “maybe the sun will shine through the clouds and morning sun“. This constant light and dark contrast is what makes Torpedo such a good album. The darker songs relentlessly throw themselves at us, pummelling us with feelings and memories of anger, insolation, and anxiety that we have all felt in our lives and especially felt over the last couple of years. But through songs such as Walls Of Silence and Born To Love You, we are raised back up with lighter instrumentation and riffs, creating a manifesto of hope that will no doubt be shouted along to in a stadium united by exhilaration and a love of live music.

If you’re looking for a revolutionary album, you may be disappointed with Torpedo, and there are certainly some songs on the album that don’t hold up to the rest. Submission for example was a disappointing end to the album. But after almost three decades that can hardly be held against them and any misses are made up for with experimental hits that prove just how great Feeder are, pleasing old and new fans alike.

No album can compare to the likes of Comfort In Sound and Pushing The Senses, but Torpedo is a brilliant album that, through rock ‘n’ roll riffs and stellar vocals, will throw you back into a nostalgic haze of summer evening drives blaring old Feeder albums and singing along without a care in the world.