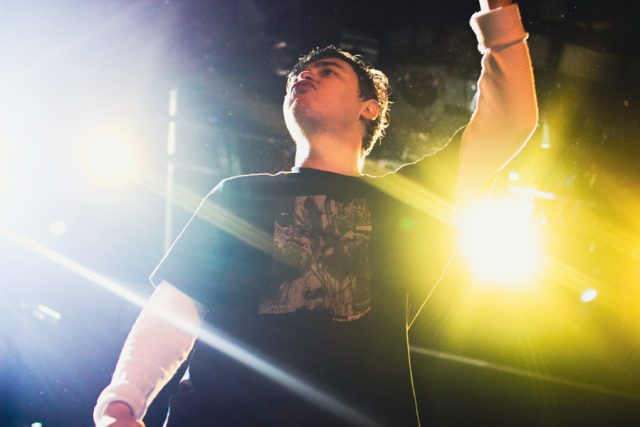 After a shaky start to the year for live music entailing a metric fuck-ton of tours getting rescheduled for later in the year or being cancelled altogether, it seemed very touch and go as to whether the hardcore tour of the year was going to go ahead or not. Luckily for us in the UK, Knocked Loose and Terror managed to make it over (even with the EU dates unfortunately being scrapped). We went along to the Leeds date to see the bands in action!

Supporting on the tour are local Leeds quartet Static Dress, who don’t seem to be taking a moment for a breath with the rate they’re announcing tours and new music at the moment. The band burst onto the stage with a clear fire in their bellies and power through the set with their own brand of hardcore that lands somewhere nicely between the ferociousness of SeeYouSpaceCowboy and the more melodic side of early Funeral For A Friend. The band have an excellent stage presence for a group so early into their career and will continue to leave a lasting impression with people if they keep releasing bangers like ‘clean’. These guys are certainly one to keep an eye on. 9/10

Next up are the LA hardcore heavyweights Terror who come out to an absolutely jam-packed room by this point. A few seconds in and frontman Scott Vogel is already expressing his disdain for the barrier separating the attendees from the band. Terror smash out a blistering set which sees the the security really being put to work, bodies flying in all directions with crowdsurfers and people leaping from the stage over the barricades.

Unfortunately it all gets a bit too much and the set is cut to a halt during ‘Always The Hard Way’ as somebody gets injured. The punter is brought to safety as the crowd cheers after Vogel asks everyone to look out for each other. They play their last few songs between rounding everything up with fan favourite ‘Keepers of the Faith’ It’s clear to see that Terror are a no-nonsense band, but they’re also so much fun live and are the embodiment of why people are so passionate about hardcore. 9/10

Knocked Loose spent a good chunk of 2021 working on their follow up to their sophomore album ‘A Different Shade of Blue’ in the form of an EP and an accompanying 20+minute long video for ‘A Tear in the Fabric of Life’ which has been met with critical acclaim. The intro to EP opener ‘Where The Light Divides The Holler’ begins and Knocked Loose launch into a relentless set going straight into ‘Belleville’  and ‘Billy No Mates’ which provokes a huge response from the crowd. The band manges to pepper a bit of everything into the set as ‘All My Friends’ from the 2014 EP ‘Pop Culture’ is thrown into the mix.

The juxtaposition between the vocal deliveries of frontman Bryan Garris and guitarist Isaac Hale is something that is even more prominent and jarring in the live setting and creates a very menacing atmosphere – This is completely highlighted by the likes of the utterly ridiculous ‘God Knows’ and ‘Deadringer’. Garris announces their last song before the band go into a one-two of ‘Mistakes Like Fractures’ and ‘Counting Worms’ which sees everybody in the room shouting “I wrote a song about getting better / It’s a feeling I can’t remember” before the big ole’ “arf arf”. Knocked Loose have shown again why they’ve been catapulted to the level they’re at right now, it’s well deserved and they’re one of the best to do it. 9/10

Check out more pictures below in our live galleries: 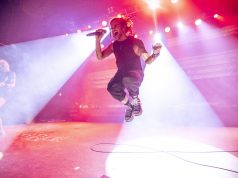 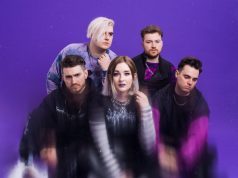