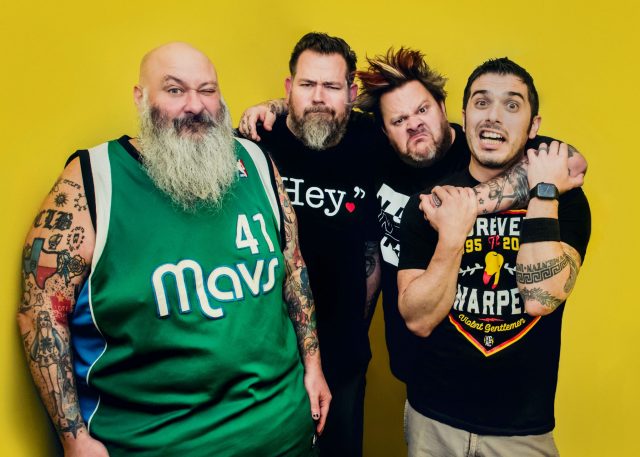 In honour of the new Bowling For Soup album Pop Drunk Snot Bread being released this Friday – we’ve got a fantastic competition for you all. One lucky winner will win two tickets to Bowling For Soup’s huge London show at Brixton Academy this Saturday (23rd of April).

In honour of their recent hit single “I Wanna Be Brad Pitt“, we want you to tell us, if you could be any celebrity, who would you be and why? So comment on our Facebook, Twitter and Instagram posts about this contest and let us know who you would choose! The best answer will win the tickets. The winner will be selected Thursday night from entries across all of the Rock Sins social platforms.

Attendees to the show must be 8+. If someone under 14 is going, they must sit in the upstairs area and be accompanied by someone 18 or over – so you must tell us if this is you as a winner. We cannot be responsible for any non-admittance on age related grounds. No one affiliated with Rock Sins is eligible to win the tickets. If we cannot make contact with the chosen winner by 10am Friday morning (22nd April) we reserve the right to choose a new winner to allow sufficient time to confirm the competition win with Bowling For Soup’s team. Travel and accommodation are NOT included, concert tickets only.

Bowling For Soup’s new album Pop Drunk Snot Bread is released this Friday (22nd of April) and in addition to I Wanna Be Brad Pitt features the hit singles Alexa Bliss and Getting Old Sucks (But Everybody’s Doing It). The album artwork and full track list can be found below:

Bowling For Soup are currently in the UK on their huge Crowd Surf The UK Tour. Last tickets can be obtained from Ticketmaster right now. The remaining dates are as follows: