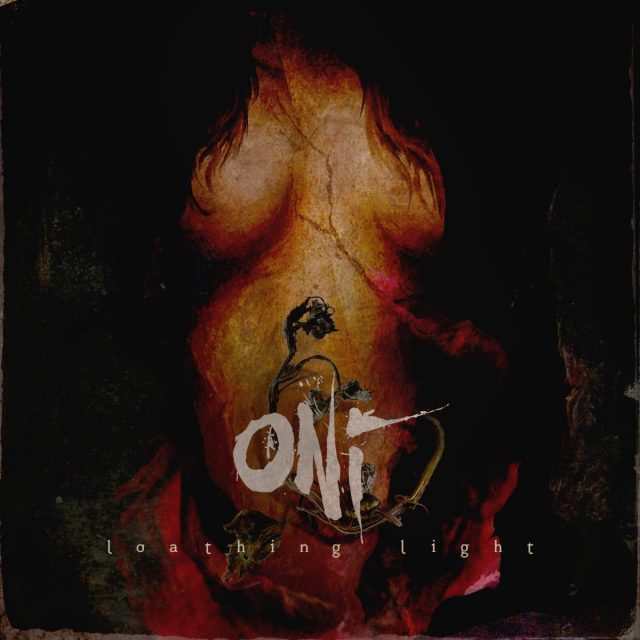 ONI is the musical brainchild of Canadian Producer & Singer Jake Oni. Having formed in 2014, they released their first full length Ironshore in 2016 and a follow up E.P Alone in 2016. Being that contemporary metal takes on many forms in 2022, their latest album Loathing Light takes a bit of a kitchen sink approach.

Oni is now the only credited member of the band and this is very much his vision. For better or worse. Loathing Light is by no means a bad record but it is an uneven one. Opening track The Lie & Heart To Stone both take a stab at giant anthemic radio rock, both to varying degrees. Secrets boasts the honour of having Randy Blythe (LAMB OF GOD) & Iggy Pop on it. It’s a ferocious track with more grooves than a well stocked vinyl collection and a chorus to die for.

War Ender features trap-metal duo CITY MORGUE. It’s a nu-metal infused riot starter, all chuggy riffs and swagger. Trap-metal has a tendency at times to sound like a circus train full of scared animals, but the collaboration works very well and no one is left competing for space.

The rest of the album features more diversity, but as previously mentioned not all of it works. Against My Sins is a mid-paced plodder which takes too long to get going. Sequence Static & Gasoline give the album a massive kick up the ass in the latter half with its heaviest material, whether consciously or subconsciously, there is a massive LAMB OF GOD sized specter looming over both tracks.

It’s a shame then that the album ends on an ill advised whimper. Golden is an acoustic ballad. It’s such a huge comedown from what has come before. This is the kind of thing you would expect from 3 DOORS DOWN or a myriad of any other bands. It’s bland, uninspired and the album’s weakest moment.

Loathing Light is an interesting album. When it hits, it really hits and you’ll find yourself having a great time with it. My only real bug bear with it, is that it seems to lack identity. It can’t quite decide what it wants to be from one minute to the next. With that said, there are some really solid songs on here and it is definitely worth your attention.