And thus, after two great days of taking in the return of 2000Trees in Cheltenham, (see what we had to say on Thursday and Friday) the final day had arrived. The entire festival was sold out, but it never felt claustrophobic like they had tried to cram extra people in – nothing could stop the laid-back atmosphere of the festival. That being said, there were plenty of acts that brought the heat in case you weren’t feeling it already from the sun, with some very timely words about the current state of the UK. The Trees family were finally able to reunite this year, after three years away and this was the last day to bask in its glory, until 2023 comes running around the corner.

On the Axiom stage, Hotel Lux (6) were one of the bands kicking off the theme of pointing fingers at the social injustices within everyday lives. The London-based band will have definitely won some fans of the likes of Idles over with their early set. A mix of down-to-earth indie with a punk attitude, they fit the bill perfectly. While aiming to please the crowd with their EP from 2020, Barstool Preaching, they continued to bring more and more energy with each and every song they played, bringing in more and more listeners into the tent by catching the ear of people who happened to be walking by. They certainly felt at home. – AH

One of the biggest crowds that fitted inside a tent throughout the weekend, turned up at The Cave for Kid Kapichi (9). Whilst many will have arrived at the tent after the band’s singles may have caught their ear, the performance will have turned a lot of the audience into legitimate fans. The Hastings outfit really brought the fire that followed their debut album from 2021, This Time Next Year and with a follow-up (Here’s What You Could Have One) just around the corner, they’re building some serious momentum.

Not only did they come armed with political poetry, that a crowd like this will get behind all day, they did it with such celebratory energy that it really elevated the material and made it feel like scripture. Their breakout song New England felt like one of the moments of the day. Whilst it features their brand of satirical slander, catchy slogans and plenty of topical commentary, it’s just an absolute hit that is undeniable and stands out as their best output to date (even if Bob Vylan didn’t appear like a magician to contribute his guest verse on the track after playing the day before). With some great support slots in the build-up to this album, expect there to be a big push for this band in the next 12 months that finds them much further up on posters. – AH

The heaviest band to play the main stage over the course of the festival arrived on Saturday to permanently shake off any of those last-day cobwebs. Knocked Loose (9) have earnt this spot playing on the biggest stage through their live reputation and acclaimed back catalogue. With a set mostly made up of their three most substantial releases, 2016’s Laugh Tracks, 2019’s A Different Shade Of Blue and last year’s EP A Tear in the Fabric of Life, all 9 selections were just as crushing as the one previous. Inciting the biggest pits of the festival and arguably the most crowd surfers, it’s a testament to how great Knocked Loose’s set is that the crowd wasn’t burnt out early on, especially considering the blazing hot sun that permeated their stage time.

A whirlwind of dust was kicked-up not just for the big mosh calls and breakdowns, but for nearly every song. Stacked full of moments where the crowd can let all hell break loose, it was like the main stage suddenly became separated from the rest of the festival as nothing else mattered in that moment. It’s not unreasonable to say that Knocked Loose have taken big steps between every one of their releases and that’s true in the live environment. A Tear in the Fabric of Life is devastating live even if you don’t get the storytelling that the visuals give you when listening to the EP in full accompanied by the short film. Every part of the band that made them great in the first place just seems refined, without losing any of the blunt force trauma. It’s incredibly exciting to see where they go next and what stages we could see them playing on. If you’re only going to book one band that’s this heavy and intense to play a big outdoor stage, put all your chips on Knocked Loose. – KD

Fresh off of the release of their fourth album Praise Armaggedonism which arrived just a week before, Blood Command (7) have always been well received when their music has been put in front of people. Despite this, they’ve remained in the underground, but there is hope that the reception to this newest full length will see the tides turn. The album is a great snapshot of what to expect when they play live, after some substantial gaps in albums and line-up changes, they feel like both elements are singing from the same song sheet. The foundations of Blood Command are still incredibly present on record and in person, a chaotic mix of influences and sounds that snatches you and shakes you around.

This was a rowdy set over in The Cave, though they probably didn’t have as big of an audience as that energy deserved, similar to their fan base as a whole. What’s for damn sure is that the people who did show up to let loose with them, were in the palm of their hands from start to finish, it was just the rest of the tent that was left looking a bit startled on the outskirts. New vocalist Nikki Bruman is exactly what you would expect from listening to the record throughout the week. Instantly recognisable and unique, rowdy but playful and a lot of fun. With a bottle of vodka in one hand, she is likely going to be the factor that hooks you into this band, or leaves you a little cold with her distinctive vocals. How she tackles the band’s previous material will be interesting to watch as they get further along the live cycle, as it did feel a bit segmented into Praise Armageddonism and everything else, but that’s not a big negative considering it was an album release show. – KD

Now four albums deep, it has been evident about halfway into their discography that Bristol’s Idles (7) were going to be headlining festivals like this one on their way up to even bigger things. Whilst they were incredibly fast to strike whilst the iron was hot off the back of their critically acclaimed 2018 release, Joy as an Act of Resistance, they weren’t able to tour the follow-up Ultra Mono due to the pandemic. That album alone would’ve likely seen them take a huge step up from where they were before, but instead, they sat patiently and wrote another record. With Crawler being released in September last year, they now have two albums to really propel them onwards and upwards.

Whilst the enforced break slowed their momentum down, releasing Crawler at the time they did was a great way to pick it back up again and make them a shoo-in for slots like this one. In fact, the time off to go away and write two albums before being able to properly do a full touring cycle may have been a blessing in disguise, as they now feel a lot better prepared for these bigger stages and longer sets. Even with their four albums to choose from, the set does seem to meander quite a bit. Either between sections of songs or at points in the setlist, everything seems to slow down a fair bit, which isn’t something you would think of when picturing an Idles headliner set. They do a great job of raising it again, but it does feel like the performance isn’t quite right for a headlining set, but that could also be intentional.

As for the best moments of their set, Joy as an Act of Resistance was the album that saw them really seduce live audiences on top of the critical response. The likes of Colossus, Never Fight a Man With a Perm and Danny Nedelko are what lifted them into these spots and they feel absolutely at home in this environment. Whilst some of the tracks off of Crawler bring the energy down just a touch, they hit far more powerfully than some of the more upbeat or fast-paced material off of Ultra Mono. Car Crash, The Wheel and The Beachland Ballroom may not send the crowd into a frenzy like the big choruses from other albums, but they’re captivating performances that feel a lot more nuanced and accomplished than some of the material that feels like Joy as an Act of Resistance by numbers.

Idles were always on a trajectory towards these spots and they feel a lot more credible for it with two more albums in their arsenal. The energy that they bring to any stage they’re on is a lot of fun, but it does seem to wade through the set at points in between stomping around the place like it’s their own back garden. Crawler is a really interesting step into some darker and more abrasive material that widens the scope of their set in between the anthems that are steeped in crowd mantras. It will be incredibly interesting to see where their next project takes them and the impact it has on their headlining potential. – KD

Tickets for 2000Trees 2023 are available now if you want to book your spot nice and early! 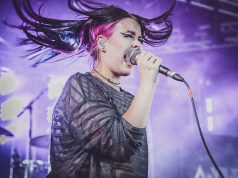 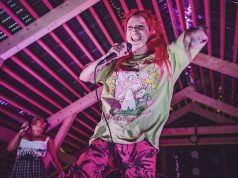 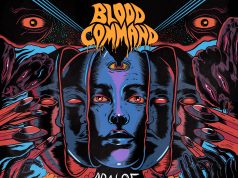 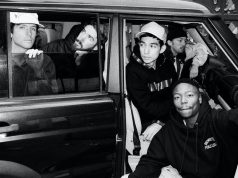 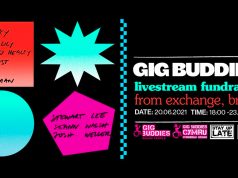