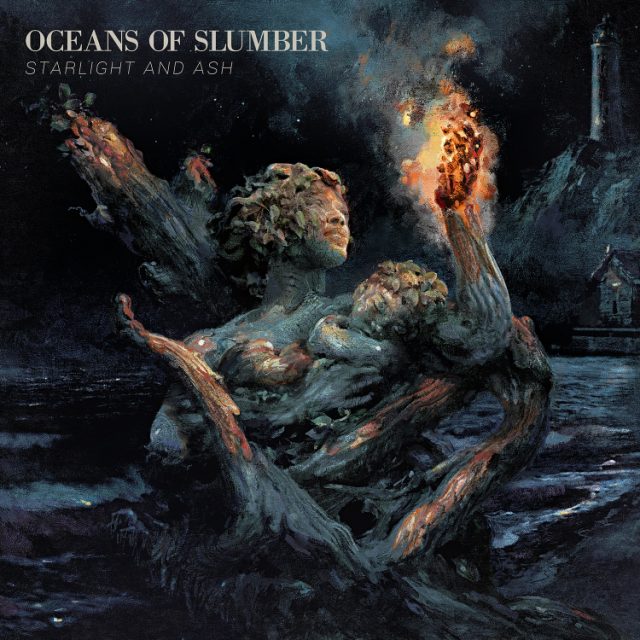 After two years away from the studio, OCEANS OF SLUMBER are back with their latest album Starlight And Ash. Often described as the “female Opeth”, the Texan prog metal sextet have come a long way since they came onto the scene in 2013 with Aetherial. It hasn’t always been an easy road and they’ve dealt with their fair share of turmoil along the way

However, over the last few years they really seem to have come into their own. Particularly with 2016’s addition of Cammie Beverly on vocals. Constantly evolving and honing their unique mix of progressive doom metal, OCEANS OF SLUMBER have gone from strength to strength ever since.

Never has this constant evolution been more apparent than with new album, Starlight And Ash either. Which seems firmly planted in bluesier, more soulful territory than its more progressive predecessors. A change of pace that may shock a few fans, but should come as no surprise with the band having made it clear that they’ve deliberately been trying to move in a different direction musically.

Opening track, The Waters Rising ushers us in with a brooding synth driven groove that is pure gothic rock. Cammie Beverly‘s tradmark ethereal vocals impress immediately too, in this case accompanied by a hauntingly sparse arrangement that teases and hints at heavier things to come. It’s a familiar formula but perfectly executed.

If you’ve heard an OCEANS OF SLUMBER album before, it’s very much a case of so far, so familiar with the follow up Hearts Of Stone too. Which represents one of the albums early, more traditionally “heavy” moments thanks to the chugging rhythm guitars and satisfying stomp of Dobber Beverly‘s drums.

The Lighthouse is where the southern DNA that runs through Starlight And Ash really begins to show. From the slide guitar intro to the beautifully orchestrated strings, there’s something about it that has an almost gospel blues feel. A theme that continues during the first half of Red Forest Roads, before upping the tempo with an absolutely ferocious outro reminds you just where the “female Opeth” comparison comes from.

That isn’t to say the album’s mellower songs aren’t still heavy. Cammie Beverly‘s ability to weave a story and imbue it with real emotional weight has never been more evident than it is during these quieter moments. The band do find their way back to more familiar territory with Star Altar and Just Day, both of which peak into walls of sound that should give any doom metal fan the hit they’re looking for. However it’s the more experimental tracks like The Hanging Tree and The Shipbuilder’s Son that seem to leave more lasting impressions on you as a listener.

While many will lament the loss of the eight or nine minute prog epics, this focused, leaner version of OCEANS OF SLUMBER is far more accessible and exceptionally well produced too. The guitars could perhaps have done with a little boost in the overall mix, but the violin arrangements and synth work is implemented impeccably well, really serving each song individually.

Overall, Starlight And Ash may not be their heaviest release on a musical level, but it still makes for a powerful and memorable listening experience. The more traditional song structures aren’t as challenging, however the extra space allows Cammie Beverly to deliver some truly striking vocal performances. Make no mistake, OCEANS OF SLUMBER may have changed up the formula slightly, but this is still an album that delivers on almost every level!

Starlight And Ash is available now via Century Media Records 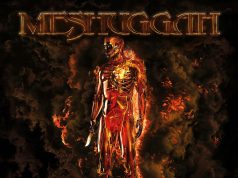