Following the recent release of their single Glitch, Parkway Drive have now confirmed the full details of their upcoming new album. Titled Darker Still, Parkway Drive’s seventh album will be available on the 9th of September. Darker Still will be released through their longtime label Epitaph Records. Check out the full track listing for the album, as well as the artwork below:

Pre-orders and pre-saves for Darker Still can be made on this useful link collecting all digital platforms and stores in one handy location.

Alongside today’s album announcement, Parkway Drive have released a video for the second single to come from Darker Still. The Greatest Fear is exactly what fans have to come to expect from the band on albums like Ire and Reverence, and is accompanied by a video that is both dark and uplifting at the same time. Watch the video for The Greatest Fear here:

You can also check out previous single Glitch below:

On the subject of The Greatest Fear, we hand over to Parkway Drive frontman Winston McCall for a run down about the track:

The Greatest Fear, along with the eleven other tracks of Darker Still take the listener on a journey. Described by the band as “unfurling like the great rock concept albums” with a comparison particularly to Nine Inch Nails’ The Downward Spiral. Darker Still covers “society’s fear of death, isolation and a loss of humanity in its journey to redemptive enlightenment”.

Parkway Drive return to the UK at the end of September 2022 as part of a wider UK and European Tour. They will be supported on the UK dates by While She Sleeps and Lorna Shore. Details of the dates follows below:

Remaining tickets are available from Ticketmaster on this link. Stay tuned to Rock Sins for further updates! 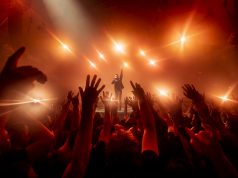 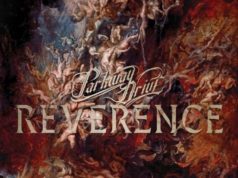