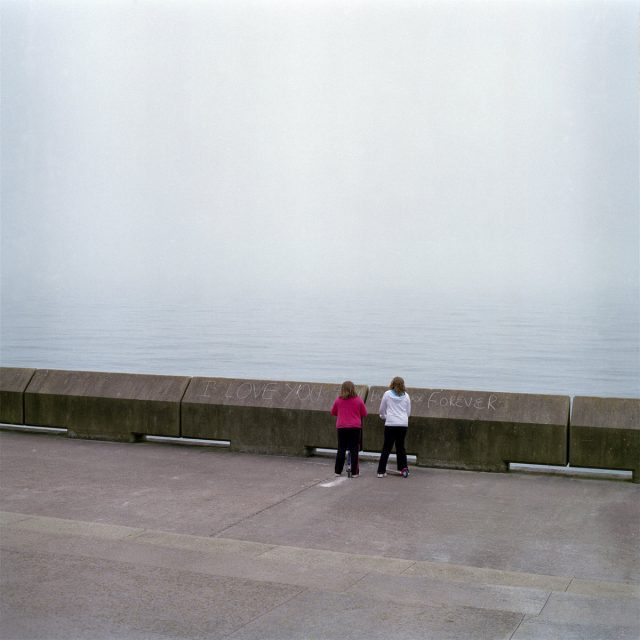 Overall Score: 8/10 Lyricism: 9/10 Growth: 7/10 Artwork: 7/10 Pros: A great follow up from their debut which shows their growth as a band. Cons: We have to wait until October in the UK to hear this album live.

If there’s anything to preface TV PRIEST’S second album My Other People with, it’s that it might just be one of the most beautiful arrangements of music you’ll listen to this year. They executed magnificently on the politically-powered post-punk album trope with their first record Uppers — but since then the band have gone through immense intrinsic changes and growth.

My Other People is an album built on honesty, especially being honest with oneself, full of reflection and cathartic gut punches; this is the best work from TV PRIEST to date. From the candidness in the softest of vocals, to the visceral screams that the guitars emit — this band are officially vulnerably naked. Singles One Easy Thing and Bury Me In My Shoes deliver a similar pace and energy to their debut album Uppers with the prior containing completely submissive lyrics as if frontman Charlie Drinkwater is offering himself up on a platter. It’s really quite intoxicating.

Tracks like Limehouse Cut and The Happiest Place On Earth feel dreamlike and blissful, as if anxieties are being washed away whilst facing them head on. The prior is something of love drunk poetry which is fragile like a lamb. The latter is an acoustic ballad of regrets, which is certainly new for the quartet, Drinkwater wails “God knows I’ve waited!” as if he is on his knees begging with tears in his eyes.

The music has grown with this band of childhood friends, steering away from the tested, abrasive punk they’ve learned to reflect mournful emotions in their music. Even down to the tender strumming acoustics or guitars that could mimic the movement of a rogue tesla coil, they’ve made their already significant guitar work more unique and varied. Industrial sounds and urban soundscapes make this album so much more immersive than you can imagine.

Title track My Other People is filled with a grit and anticipation in its first riff, before being backed up by another that could crack open the sky. Vocals are slow and spoken yet the music does most of the speaking here, interpret what the music says to you and let it liberate you as its static runs wild. I Am Safe Here tackles comfortability with jagged riffs and slightly off-kilter vocals that have a swagger and confidence about them. Not quite cockiness but more like now that TV Priest are near the end of the album, and many weights have been lifted and contentedness has been discovered.

Sunland, the final track, is a sombre farewell for now and really shows the feelings that triggered the theme of this album on a song. It’s beautifully endearing and poignant, reaching even out to a nihilistic view — it weighs heavy on the heart for the right reasons. Never once does My Other People want you to feel alone whilst listening throughout, yes it might expose you to such cruel feelings, but only whilst holding your hand in unity along the way.

TV Priest’s My Other People is out now via Sub Pop! Records.