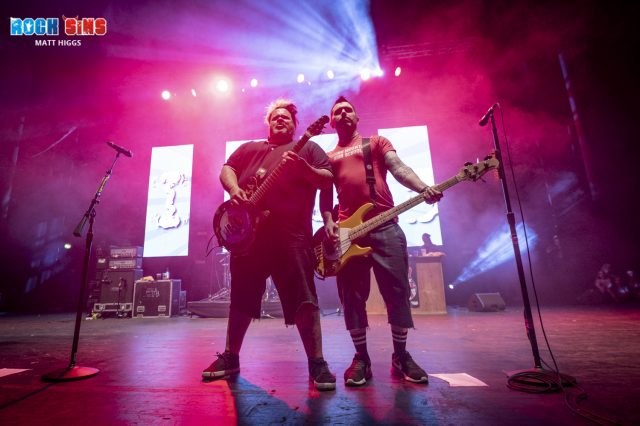 Our friends in Bowling For Soup, especially frontman Jaret Reddick, have been very open about struggles with mental health in recent years. Encouraging everyone to talk about how they’re feeling has been one of Jaret’s central messages, and that message is furthered with their latest release.

Bowling For Soup have released a music video for Hello Anxiety, one of the standout tracks from their much acclaimed album Pop Drunk Snot Bread, released earlier this year. With anxiety a huge topic and issue in society, people are perhaps becoming more comfortable talking about it thanks to people like Jaret speaking out. The video for Hello Anxiety tackles the topic in a lighthearted, fun way while still getting the serious point across – something that Bowling For Soup are often excellent at doing. Check out the video for Hello Anxiety, starring Cyrus Hobbi (who also starred in the band’s I Wanna Be Brad Pitt video earlier in the year) here:

Bowling For Soup were recently announced to be part of the 2023 Slam Dunk Festival and will play a major part in a lineup also including headliners Enter Shikari and The Offspring, Creeper, Billy Talent, Yellow Card, Malevolence, Holding Absence, Maggie Lindemann and more. Tickets and more info are available at www.slamdunkmusic.com.

Bowling For Soup will make one last trip to the UK and Ireland late this year after their two huge tours in the Spring; They will play Dublin, Belfast and Torquay (rescheduled from April) at the start of December. Support comes from As December Falls and the Thomas Nicholas Band. Full info on dates follows below: