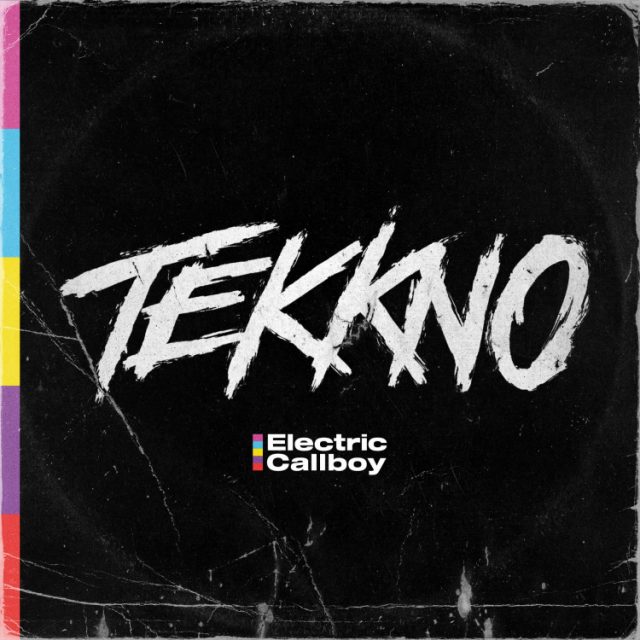 Overall Score: 9/10 Songwriting: 8/10 Vocals: 9/10 Danceability: 9/10 Pros: Absolute fun from start to finish, not an overly long album, good light and shade with the heavy and melodic vocals Cons: Could be perceived as quite similar sounding throughout

ELECTRIC CALLBOY may not be a band on everyone’s lips, but this looks set to change as there is no doubt that this is a band on the cusp of exploding into the mainstream. Having dropped their first EP in 2010, this German six-piece sound like the bastard child of RAMMSTEIN and LMFAO if SCOOTER wrote their songs, all break downs and party vibes – essentially the perfect metal festival band.

Tekkno is the first full-length with new vocalist Nico Sallach and he has been keen to mark his mark on this album as opener Pump It sucks you in with some Europop clean vibes before smacking you in the face with big noisy instruments and growling vocals. It’s a nice opener before the party really gets going with We Got The Moves. They’re right not only are we “sipping on booze on a sunny beach”, but everybody does seem to say “oh fuck yeah, let’s do it again”, before breaking down into a “duh dudududuh” middle eight that is gagging for thousands of people to be singing back.

Fuckboi has been doing the rounds on social media a little while, so some people may be familiar with the tune, which features CONQUER DIVIDE as guests, who add a different texture to the tune. FINCH features on Spaceman, an interesting mix of German and English vehicles and is probably the most 90s Europop sounding of all the songs on the album, thanks in no small part to Kevin Ratajczak who also handles the clean vocals.

Arrow Of Love is guaranteed to have audiences around the globe bouncing up and down while Parasite has an opening reminiscent of PENDULUM, but more danceable and Tekkno Train is just three minutes of absolute fun. By this point, listeners are about ready to start again from the top and eagerly awaiting the festival announcements to look for Electric Callboy on the lists, but first up is Hurrikan described as “a Bailermann parody”, complete with incredibly metal breakdown and pig squeals.

Closing the album off is Neon, with an opening verse that could be confused as being by a boyband, before evolving into something a little more. This track certainly feels a little more mature, like it was written in a different writing session when the band have managed to fine tune their songwriting skills a little and certainly has sublte LINKIN PARK vibes lurking in the mix.

There’s no denying this is a great album that will no doubt please existing fans and have other listeners ask “why is this the first time I’m hearing these guys?”