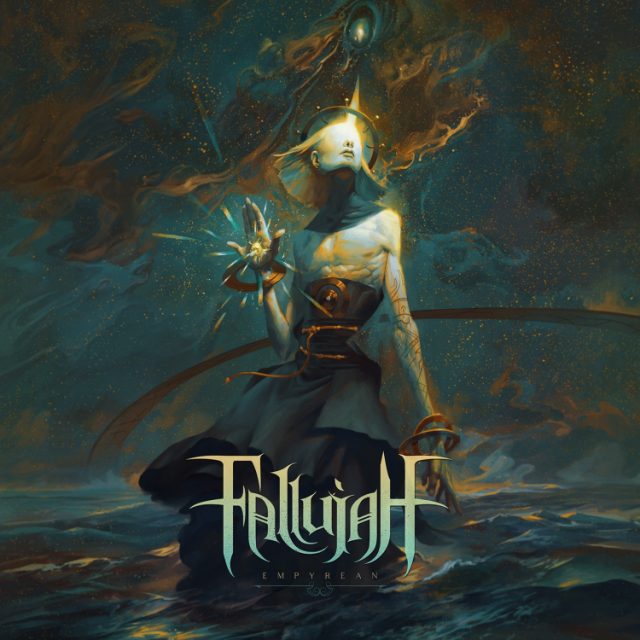 After three years of waiting, tech metal masters FALLUJAH are back with a brand new album, Empyrean. Well known for their incredibly technical style and brutal sound, the Bay Area four-piece have gone above and beyond with their latest record, with lead guitarist Scott
Carstairs calling it a “true return to form”. With the band having focused their collective
writing ability and technical prowess to forge together an album that represents them as
purely as possible.

Having experimented a little with the formula for Undying Light (2019), FALLUJAH have cleared the air of decades worth of ideas left on the cutting room floor. Leaving the band with a newly found intensity and a passion to deliver an album that pays homage to their history, while also pushing them further as musicians than they’ve ever been before.

Empyrean‘s opening track, The Bitter Taste Of Clarity exemplifies this new found approach perfectly. Beginning with a rising ambience that’s quickly interrupted by a vicious blast beat from resident timekeeper Andrew Baird. Carstairs and bassist Evan Brewer lock in alongside, despite the ferocious BPM. With Kyle Schaefers‘ formidable vocals putting the finishing touch on a track can only be described as an assault on the senses.

Radiant Ascension begins just as fiercely, battering the listener with yet more double bass
and precision guided deathcore riffage from long-time axeman Scott Carstairs. Brewers‘
bass sits nice and high in the mix too, accentuating Baird‘s seemingly inhuman speed on the
kit and laying a strong foundation for all of Carstairs‘ trademark fretboard acrobatics. FALLUJAH haven’t completely abandoned their more progressive side in favour of out and out brutality however. There’s still melodic moments to be found among the chaos and carnage, such as the six minute epic Embrace Oblivion. This extra dynamic range and more traditional progressive metal sound gives the listener a welcome reprieve from the out and out attack of the albums opening tracks. While also giving recent addition Schaefer a chance to show off the cleaner side of his vocal range.

The diversity he brings to the mic helps to elevate tracks like Into The Eventide. As he constantly shifts between bowel churning gutturals and growls, giving the record its first truly anthemic chorus in the process. Injecting welcome energy into their sound and leaving nobody in doubt regarding his addition to this new line-up.

By the time we reach Empyrean‘s halfway point with the unapologetically savage Eden’s Lament and Soul Breaker, it becomes clear FALLUJAH has no intent on letting up. What’s really impressive however is their compositional skill, as despite maintaining a savage tempo throughout. Every well orchestrated breakdown and polyrhythmic interlude lands in exactly the right place. Keeping things interesting and serving each song in turn.

The chugging opening riff and black metal screams of Mindless Omnipotent Master are a
perfect example of this. As even after nearly an hour of tech metal brutality, when we think we’ve heard as many blast beats as we can handle, FALLUJAH still manage to find new and unique ways to add texture to their sound.

Bravely, the band leave arguably their most intricate effort, Celestial Resonance, until
Empyrean is almost at an end. Beginning with an opening riff that MESHUGGAH would be
proud of, the seven minute long instrumental gives each individual member one last chance
to demonstrate their musical chops. With Carstairs‘ searing lead guitar lines in particular leaving a lasting effect. Before Schaefer is triumphantly reintroduced to the mix one last time for closing song, Artifacts.

In a genre riddled with tropes which must be adhered to, lest a band be branded “not heavy
enough” to wear the mantle of technical death metal. Empyrean, while unashamedly brutal,
doesn’t boast the harshest gravity blast ever recorded, or the most sweep picked notes per
second.

However, by allowing their technical abilities to manifest naturally, rather than ensuring every
track ticks a tech-death box. FALLUJAH have in fact gone one better, by creating an album that not only wears its extreme metal influences on its sleeves, but one that is accessible to those outside the genre. Empyrean is a commendable achievement and one that stands as a true testament to what FALLUJAH are capable of.