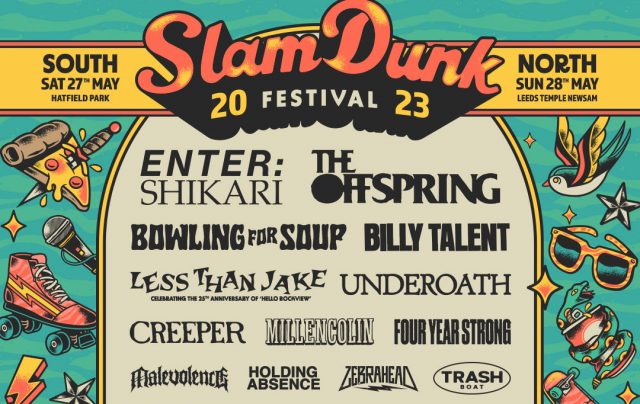 Following on from their stonking first lineup announcement, the team at Slam Dunk Festival 2023 have added another eight bands, further cementing what is going to be one of the must attend events on the calendar next year.

Already boasting the likes of headliners Enter Shikari and The Offspring, Bowling For Soup, Creeper, Holding Absence, Billy Talent, Maggie Lindemann, Malevolence, Four Year Strong, Kids In Glass Houses and The Academy Is, there is now an impressive second batch of bands to look forward to.

Heading the new additions is a very special Yellowcard reunion show, celebrating the 20th anniversary of their hit album Ocean Avenue. Those few Yellowcard fans who feel like nitpicking might point out their last Slam Dunk appearance a few years back was also an Ocean Avenue special set, but we imagine the overwhelming majority will just be happy to have them back at this point.

US metalcore favourites Underoath are also making a rare trip to UK shores for next years’ Slam Dunk, while there is also another special reunion set alongside Yellowcard in the shape of Fireworks. Flying the flag for UK metal, Heriot are going to lay claim to being perhaps the heaviest band ever booked to play Slam Dunk – but based on Rock Sins’ live experiences of seeing them more than once this year – we are not complaining!

Swedish punk rockers Millencolin are also on board for Slam Dunk Festival 2023, while the emo fans in attendance are likely to be very happy with Hawthorne Heights being on board too. Rounding off this announcement are Aussie favourites Trophy Eyes and US outfit Dragged Under!

All of the above bands and more play Slam Dunk Festival 2023 taking place on the 27th of May 2023 at Hatfield House and on the 28th of May 2023 at Leeds Temple Newsam. Tickets, currently in the second phase of early bird tickets, are available from www.slamdunkmusic.com.

Stay tuned to Rock Sins for further festival announcements from Slam Dunk, as well as Download, Reading & Leeds and many other festivals. 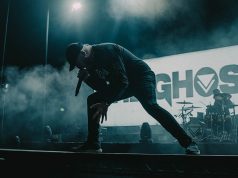 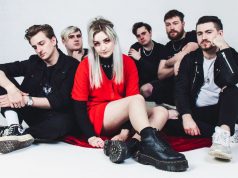 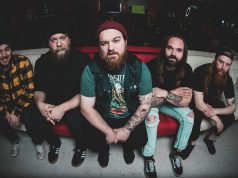 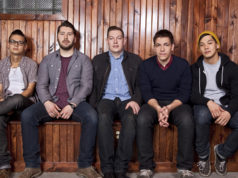 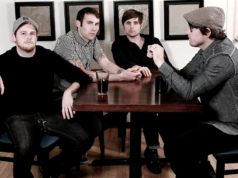 Hawthorne Heights are Amazon’s Free Mp3 of the day