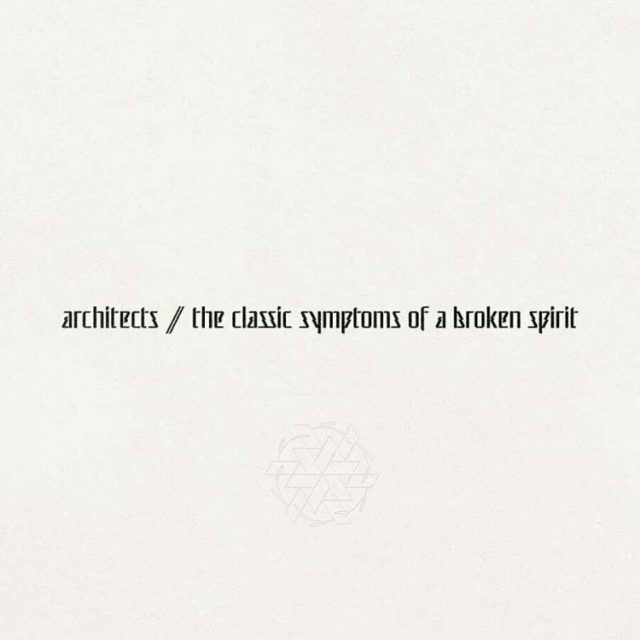 Just one year on from their first UK number 1 with For Those That Wish To Exist (FTTWTE), ARCHITECTS have returned with their 10th studio album. The Classic Symptoms Of A Broken Spirit continues their trajectory towards the biggest stages possible (and their affinity for long album titles) whilst simultaneously learning from their previous effort and sharing some of its weaknesses. As their sound continues to evolve into universally appealing territories, not that this is a pop album by any means, some of their biggest strengths shine through whilst some of the edges remain a little rough.

A big takeaway from last year’s release was the success of lead single Animals which brought the band a new wave of mainstream radio attention. The impact of Animals can be felt this time around, specifically on the album’s two opening tracks Deep Fake and Tear Gas. Both tracks offer a mid-paced stomp being pushed along by industrial riffs and electronics with huge melodic lifts in the chorus. Whilst they do feel a bit samey, the record isn’t full of them and they’re undeniably big which has led to further interest from the likes of Radio 1.

The next few tracks change up the formula a bit with Spit The Bone being propelled forward by the electronics and this floor-shaking danceable industrial groove. The production on Sam Carter’s vocals was a divisive point for many on the last album and it likely will be here as well. The melodic vocals sound so clean, even with a touch of ROYAL BLOOD in some of the verses, that it can feel a little synthetic at points (some of the layered harsh vocals are devastating though). For some, Spit The Bone will be a highlight in the way that Giving Blood got its dues when played live, for others it may be brushed aside as the song that brought the blegh back.

Burn Down My House feels like a really new direction for ARCHITECTS, it’s quite slow-paced and has moments that sound like an emo ballad. It’s gloomy and dramatic, feeling like Dead Butterflies from FTTWTE in the way it dials up the album’s cinematic qualities. It’ll be another divisive one that might come across as ploddy to some. It definitely feels like fresh territory for them to write a slower song which isn’t acoustic. Living Is Killing Us on the other hand feels much more of the same, what people have come to expect from an ARCHITECTS album track from this era. It’s got a decent radio chorus that doesn’t set the world alight but isn’t unpleasant either and Dan Searle’s brand of lyrical style where the line between memorable and on the nose is drawn based on personal preference. “We fell in love with a death machine” is a perfect exhibit A.

Lead single When We Were Young set the tone for the album when it was released whilst the band were out on an arena tour for the previous release. It still has some of the core ARCHITECTS elements but they sound a bit different to make the track feel much larger in scale and less sonically devastating. It’s less djent and more punk attitude. This track, in particular, feels more like ARCHITECTS shifting their sound whilst Doomscrolling which follows it is more about adding strings to their bow in the way they approach melodies and choruses. It has those LINKIN PARK tendencies that a lot of bands follow when looking to make their sound feel bigger. It’s tracks like this that turn a lot of people off in that it feels very formulaic but on the other hand, the record takes an approach similar to that of GHOST’s Impera (2022). There are so many of these big catchy choruses that you could feasibly play any of the tracks for just about anyone.

The flipside of that is Born Again Pessimist which fails to really get off the ground like some of the others do and falls into forgettable territory which can easily happen when the songs follow a similar formula. A New Moral Low Ground is really the high point of the album’s second half, bringing back some urgent pace whilst showing the leaps ARCHITECTS have made in their evolution over the last few albums. It’s the best example of evolution without shutting out the past across the entire project with a huge chorus that shows them balancing the classic ARCHITECTS elements with their newer sound flawlessly. The Guitar Hero-esque solo at the end is a huge breath of fresh air also.

By the last two tracks, it feels like ARCHITECTS have very much run their course on this project. There are some great examples that combine the old where what made them a great band in the first place shines through with the new, more approachable ways but there are also tracks like the two closers that show there is still a lot of room to grow into this new era of the band. They’re by no means bad tracks but you wouldn’t be missing out on anything either if you were to stop listening after A New Moral Low Ground.

For Those That Wish To Exist certainly had its stronger individual moments like Animals and Impermanence but to once again use GHOST‘s Impera as a reference point, this record feels more together in terms of what it’s trying to achieve. There are less shots in the dark and that gives it a more cohesive image whilst that may also come across as less interesting to some. They’ve once again proved that they have it in them to become one of the biggest bands around because when they nail this new sound, there are guaranteed hits. Whilst the last record dialled up the discourse, The Classic Symptoms Of A Broken Spirit will really have you as a listener questioning what you want out of ARCHITECTS. In the end, it falls a little short of what they accomplished last time around but does feel more sure of itself in terms of embarking down this road for the foreseeable future.

The Classic Symptoms Of A Broken Spirit is available now via Epitaph Records.