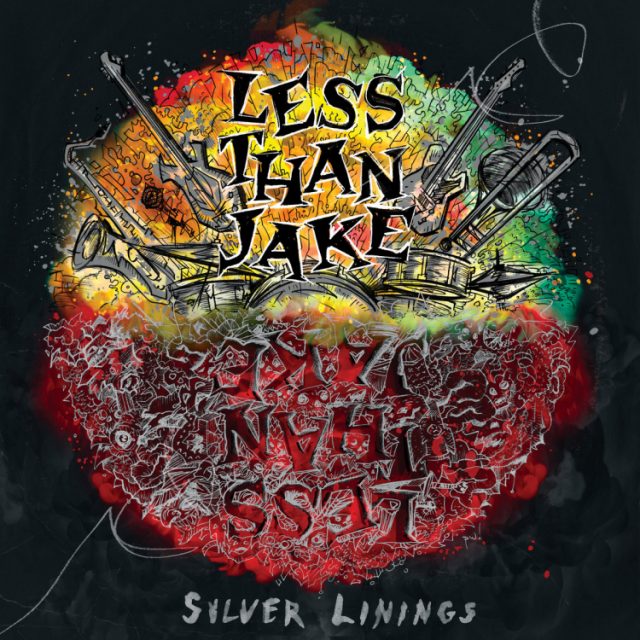 Overall Score: 7/10 Songs: 7/10 Production: 8/10 Replay Value: 6/10 Pros: Adds more variance to the original album with acoustic versions as well as delivering some classic Ska Punk with that brass backing which feels synonymous with the band. Cons: It feels a little safe and doesn't take many risks with the sound.

The deluxe edition of LESS THAN JAKE‘s Silver Linings includes two rare full-band tracks, as well as four acoustic versions of album tracks. The band have been delivering brass filled ska-punk for over 30 years and will follow on from the band’s ninth full-length and original version of the album which marked a new beginning for the band. The chief songwriter and founding drummer Vinnie Fiorello departed, however the band didn’t falter and managed to still capture the energy of previous albums.

Silver Linings gets off to a rapturous start with the opening track The High Cost Of Low Living, which delivers everything you expect from a classic LESS THAN JAKE song, with a cool little key change thrown in at the end. That same intensity is prevalent on the tracks Lie To Me, Keep On Chasing and The Test which keep those bouncy choruses coming. While there’s little in the way of out-of-the-box thinking here, the comparatively laid back Lost At Home is a welcome change of pace bringing in that slower tempo.

The deluxe edition we feel improves the album as previously there wasn’t a whole lot of variance across the original twelve tracks. The record followed the general template of their material with a big pop-punk chorus and their brass backing which is all well and good but it is nice to throw something in there just to mix it up. Whilst there was the previously mentioned Lost At Home and So Much Less with an awesome sax sound we now get acoustic takes on tracks that bring out a different response and shift the tone from their original counterparts. Most notably is Dear Me (acoustic) which perhaps translated best to acoustic due to the haunting nature of the track with the vocals blending brilliantly together. We also get the addition of a new track Empty Lines which recalls some of the bands classic work as well as connecting lyrically with their listeners and those moments of losing trust in someone you put your faith in.

If you want to hear some classic LESS THAN JAKE punk rock with some interesting acoustic takes, Silver Linings (Deluxe Edition) is definitely for you.