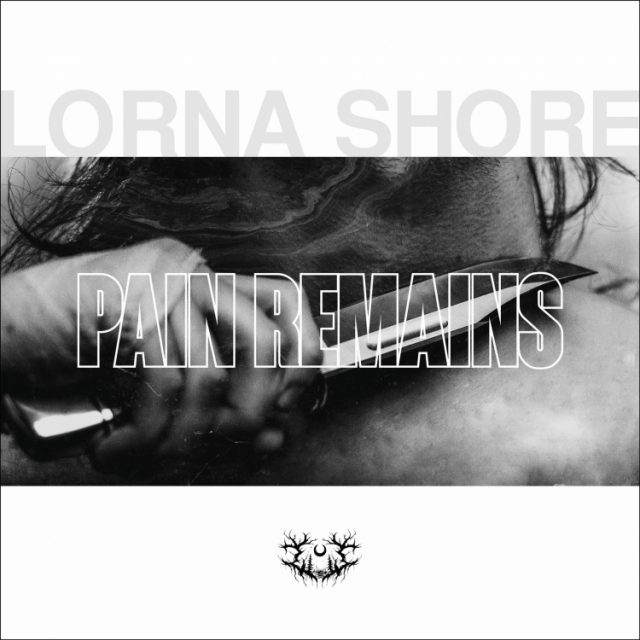 Overall Score: 9/10 Musicianship: 9/10 Production: 9/10 Song Writing: 9/10 Pros: An unapologetically vicious record, packed with infectious hooks, savage breakdowns and lavish production. Cons: The sheer brutality coupled with the album's runtime may prove too much to bear for some.

LORNA SHORE are one of deathcore’s biggest breakout success stories since SUICIDE SILENCE‘s unlikely dominance back in 2012. New Jersey natives LORNA SHORE have not had an easy road to walk on the way to the release of their latest album, Pain Remains. They’ve come close to punching through to the upper echelons of the scene multiple times over the past decade. Yet on almost every occasion something has held them back right at the brink. Be it an untimely line-up change, the abrupt departure of former vocalist CJ McCreery or, in some cases, just plain old bad luck. Fate seems to have conspired to ensure that LORNA SHORE remain plucky underdogs, until now at least.

Risen once more from the ashes thanks to the permanent addition of Will Ramos on vocals, LORNA SHORE spent most of 2021 going viral following the release of To The Hellfire. A track which not only dominated the iTunes metal chart but also captured the attention of YouTube and TikTok algorithms for months to come. With millions of new eyes and ears upon them, for the first time the underdogs were under pressure to deliver and deliver they did with the EP …And I Return To Nothingness (2021) which was met with a very warm reception from both fans and critics alike.

Riding high on that momentum, the deathcore quintet are back once more with Pain Remains. Their first full length studio album as a group since the additions of Ramos and bassist Michael Yager. A record they promise will prove there’s more to this revision of LORNA SHORE than TikTok friendly breakdowns. If any band deserves a rebirth, it’s this one.

They clearly wanted to come out swinging too, as Welcome Back, O Sleeping Dreamer
begins with an epic string and choral arrangement that’s reminiscent of DIMMU BORGIR at their most theatrical. It doesn’t last long though, a few horn blasts later Austin Archey’s double kick drums strafe your ears like polyrhythmic heavy machine gun fire and the carnage truly begins. Will Ramos’ unparalleled range of guttural growls and screams suit the blackened side of LORNA SHORE’s sound perfectly too. Cutting through the maelstrom of Archey’s seemingly never ending repertoire of unrelenting blast beats and rising above even the accompanying twin guitar attack of Adam De Micco and Andrew O’Connor.

The out and out assault on the senses continues with Into The Earth and SunEater, with
the only respite given being that of the blackened symphonic breaks that serve as their
introductions. However, beneath the perfectly orchestrated chaos and the bowel churning
breakdowns there’s more than immediately meets the ear when you begin to examine the
song structures being employed on Pain Remains. The use of pre-choruses and bridges in
particular wouldn’t be out of place in modern pop music, despite the extreme nature of their
overall sound. It’s the artful use of tools like these that have no doubt helped elevate the
band and their music in recent years and it has a noticeable effect here too. Turning some of
the album’s most brutal moments into hooks and helping them stand out all the more.

That’s not to say that LORNA SHORE have in any way played it safe, or attempted to cash in on their new, more mainstream audience. With savage seven minute long epics like
Soulless Existence and a three part outro that occupies nearly a third of the albums total
run time, Pain Remains is every bit as ambitious as it is unrelenting. Even shorter tracks like
Wrath are dripping in the kind of over the top production that most black metal bands can
only dream of. To the point where the majestic horns and gothic organs sometimes override
the guitars in the overall mix. Something that should be a detriment, but that only seems to
add to the majesty of it all. Far from playing it safe, they swung for the fences and the results
speak for themselves.

Nowhere on the album is this more obvious than during its aforementioned three part finale.
Which stands as perhaps it’s most melodic moment, if that can be said of a twenty minute
deathcore masterclass. Pain Remains Parts I, II and III feel like an act of heavy metal
catharsis that takes you back not just through the last 40 punishing minutes, but through
ten years of turmoil and disruption. It’s often said that there are two kinds of heavy and the
eponymous trilogy that brings Pain Remains to a close is undoubtedly both. Leaving a
lasting impression on you long after its final chord has rung out.

The sheer ferocity and near 60 minute runtime will undoubtedly prove too much for some
and it can be overwhelming at times. Even fans of the genre might find the constant barrage
of blast beats too much to withstand for almost an hour. However for those that embrace the
brutality of Pain Remains there are subtle depths to be found beneath the chaos. As well as
some incredible performances from vocalist Will Ramos, that leave absolutely no doubt as to
why he was offered a full time position in the band.

Unyielding, heavier and clearly more confident than ever before. Ever the underdogs, LORNA SHORE have more than risen to the occasion with their fourth album. They’ve set a standard
that many will try and struggle to reach and put anything that might previously have held
them back firmly in their rear view mirror.

Pain Remains is set for release October 14 via Century Media.