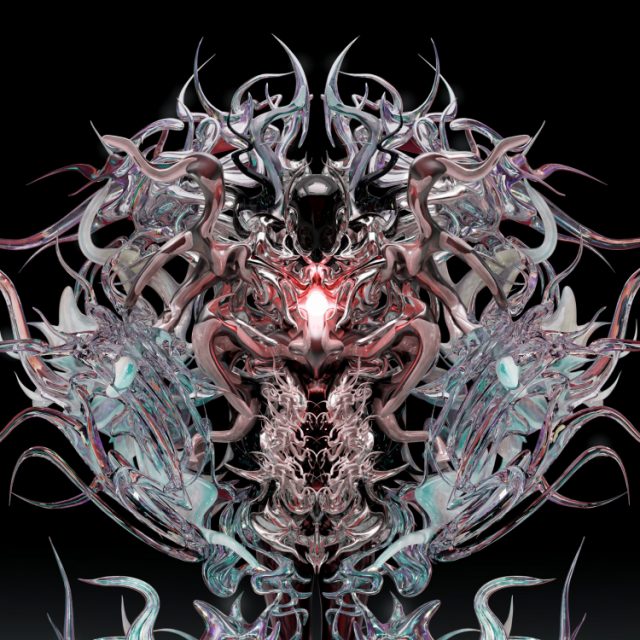 Overall Score: 9/10 Musicianship: 10/10 Production: 9/10 Song Writing: 9/10 Pros: Mind blowingly technical yet catchy tracks, stellar production and some standout guest appearances. Cons: Some of the hip-hop and pop influences may be off-putting to those expecting a more traditional progressive metal sound.

After a four year long break from the studio, genre-bending instrumentalists POLYPHIA have finally returned. The Texas based four piece have redefined shred guitar over the past few years and if their recent singles Playing God, ABC and Ego Death are anything to go by. Their latest album, Remember That You Will Die looks set to raise the bar for guitarists everywhere once again.

With over 75 million streams of their top five Spotify tracks and every date on their upcoming headline tour now sold out, the band have gone from strength to strength since they first appeared on the radar with Inspire (2013). Successfully blending insanely intricate guitar riffs with a variety of hip-hop and pop influences. Dragging a genre that was once almost solely the reserve of bedroom musicians kicking and screaming back into the mainstream.

Right out of the gate, the album’s opening track serves as a great example of their unique ability to blend lightning fast guitar chops with laid back hip-hop production. Especially thanks to the inclusion of New York R’n’B duo BRASSTRACKS, Genesis is much more musical than you’d expect the opening track of a shred guitar record to be. With guitarists Tim Henson and Scott LePage using their skills to play call and response with the trumpet section that provides the song’s “vocal” melody, rather than simply launching into a face melting barrage of notes. Demonstrating a level of artistic restraint and maturity well beyond their years.

Follow up track, Playing God begins with a mind bending flurry of deftly picked arpeggios and natural harmonics from Henson and LePage yet somehow, despite the incredibly technical nature of their parts, the song retains a similarly undeniable groove throughout. Largely thanks to Clay Aeschliman‘s minimalistic approach on the drums. Locking in perfectly with Clay Gober‘s bass lines, accenting transitions with a tasty hi-hat fill here and there, but never overplaying his hand. Firmly underpinning the guitars without adding any extra confusion to the mix.

The six string symposium continues with The Audacity and Reverie, the former of which has a neo-jazzy feel that’s no doubt the result of ANOMALIE’s presence in the studio. Thanks to song structures that wouldn’t be out of place on a modern pop record and a seemingly natural sense of harmony however. Remember That You Will Die never falls foul of the same issues that some other instrumental guitar albums do. With POLYPHIA using their skills to play with genres to the extent where you begin to tune out the complexity of what’s being played entirely. Making each track memorable for more than just the breathtaking list of individual techniques being employed by each musician.

ABC featuring Sophia Black is perhaps both the biggest surprise and best example of POLYPHIA’s ability to blend shred guitar with just about whatever they like. The addition of the trilingual pop princess on vocals plays into their dynamic beautifully. Adding a catchy chorus and J-pop inspired bridge to an instrumental track that can already only be described as sounding like a sci-fi pop hit from a parallel dimension. Making it an easy choice as one of the album’s lead singles and epitomising it’s overall vibe almost perfectly.

There are even more hip-hop influences to be found on Memento Mori and the aptly titled, Fuck Around And Find Out. Particularly the latter of the two where Henson and LePage echo $NOT’s lyrics with their guitars, yet again giving you the sense that rather than just inviting musicians into the studio, POLYPHIA have done their best to craft their music around each guest appearance on Remember That You Will Die. Accentuating their own playing to fit around every artist in turn. Taking cues from each genre as they go and integrating them into the music.

Penultimate track Bloodbath featuring Chino Moreno (DEFTONES) provides another standout moment on an album already packed with noteworthy collaborations. Seeing the band adopt a style that pays tribute to Moreno’s shoegaze and nu-metal roots, but still sounds inherently like themselves at its core, with a chugging verse riff taken straight out of an early DEFTONES record and some suitably ambient moments to boot.

As far as tributes go however, it’s the album’s finale, Ego Death, that steals the show. With a guest appearance from the legendary Steve Vai, who’s no stranger to a guitar himself. The track both clearly pays homage to an artist that no doubt inspired them as musicians, while also seeming to symbolise a passing of the torch to a new generation of guitarists. Considering the combined musical IQ’s present, at its roots the entire track is based on a deceptively chord progressions too. However the manner in which all five musicians play off one another is spellbinding to listen to. With some amazing performances from all involved, that help bring the album to close in a suitably spectacular fashion.

Insanely well composed and a thoroughly unique listening experience, Remember That You Will Die is an album that will no doubt find its way into the heavy metal sections of record stores around the world. Yet, despite lead guitar parts that will test the commitment of bedroom musicians for years to come, POLYPHIA’s latest effort is much more than a heavy metal guitar masterclass. It represents a leap forward for the genre as a whole and has the ability to catch the ear of a much wider audience. Potentially taking shred guitar closer to the mainstream than it has been since the likes of Joe Satriani, Steve Vai and Yngwie Malmsteen once used their fretboard antics to ride their way up the charts.

Remember That You Will Die is available now via Rise Records.