Willow Smith has come a long way since whipping her hair back and forth in 2010, and it is no clearer shown than in her brand new album <COPINGMECHANISM>. The 11 track album produced by WILLOW and Chris Greatti, is a mixture of grunge, heavy rock and pop punk, infused with heavy instrumentation and vocal maturity way beyond her 21 years.

In fact, it is hard to deny that WILLOW’s transition into a heavier, rock-based genre was the best decision the American songstress could have made. Each song perfectly portrays the angst and intense emotions felt by so many people in recent years, and her powerhouse vocals coupled with this are reminiscent of Hayley Williams in her early PARAMORE career.

Songs such as <Coping Mechanism>, <maybe> its my fault, and Split give WILLOW the opportunity to glide between delicate verses and riffs to rough, belting choruses which show the raw vulnerability of her voice and captures the often gut-wrenching lyricism of the piece.

But one cannot review this album without mentioning the incredible musicians whose instrumentation so beautifully compliments the vocals. The complex layering of guitar riffs and raucous drum beats that feature in collaboration with WILLOW’s vocal prowess creates an astounding contrast between the heavier rock instrumentation and the more delicate riffs found in songs such as hover like a GODDESS. Similarly, these heavier beats also emphasise the desperation and angst of her screaming belts in songs such as No Control, where deeply personal lyrics portrayed through everchanging soft and harsh vocals are brought to the listener’s attention by the intensity of the guitarist in the bridge and the drummer in the choruses.

Interestingly, none of the songs on <COPINGMECHANISM> are long. In fact the longest, Split, is only three minutes and 21 seconds and the shortest, Perfectly Not Close To Me, which features YVES TUMOR, is a grand total of one minute and 52 seconds, but it is entirely possible that if these songs were any longer than they are they would be at risk of becoming too intense or repetitive. Instead, through incredible production, song writing and structuring, it is impossible not to take in every single second of the eleven tracks whilst also yearning for more in the most delightful of ways.

<COPINGMECHANISM> is a masterpiece of self-discovery, and through heavy rock themes, ever changing vocals, and genius instrumentation, WILLOW has not only cemented herself as a great musician and producer, but someone bound to make a huge impact on the music industry.

<COPINGMECHANISM> is out now via Polydor Records. 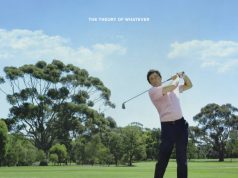 Jamie T- The Theory of Whatever