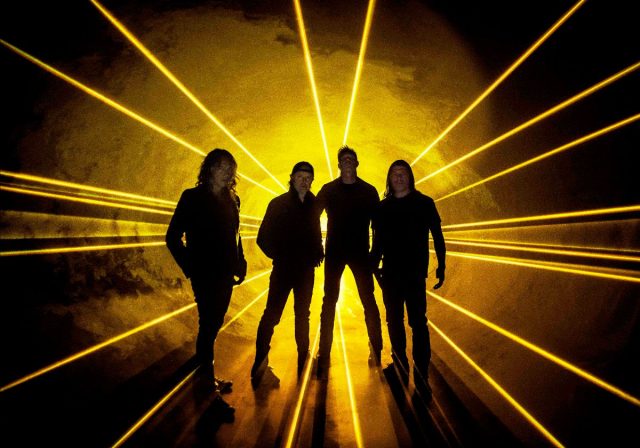 Metallica have given their fans the world over a huge boost this week; The San Francisco thrash metal legends have dropped a surprise new single and announced a brand new album!

The new single, Lux Æterna, is a speedy three and a half minute sprint and sounds like it would have been on Kill ‘Em All – If Kill ‘Em All had been made in 2022. There’s some great riffs, Lars is being made to work on the drums, James Hetfield is in fine voice, and there’s a ripping Kirk Hammett solo. All in all, most Metallica fans ought to be very happy with Lux Æterna.

Check out the video for Lux Æterna right here:

Lux Æterna is the first single from Metallica’s upcoming 12th studio album, 72 Seasons. The new album will release on the 14th of April 2023 on Blackened Recordings. By the time of release, it will be approximately six and a half years after the release of their last album, Hardwired…To Self-Destruct.

72 Seasons is a concept album, focused around the first 18 years of a person’s life, as explained by Metallica main man James Hetfield:

72 seasons. The first 18 years of our lives that form our true or false selves. The concept that we were told ‘who we are’ by our parents. A possible pigeonholing around what kind of personality we are. I think the most interesting part of this is the continued study of those core beliefs and how it affects our perception of the world today. Much of our adult experience is reenactment or reaction to these childhood experiences. Prisoners of childhood or breaking free of those bondages we carry.

The full album contains 12 tracks and clocks in at 77 minutes long. It has been produced by Greg Fieldman alongside James Hetfield and Lars Ulrich. The full track list and artwork for 72 Seasons can be found below:

72 Seasons
Shadows Follow
Screaming Suicide
Sleepwalk My Life Away
You Must Burn!
Lux Æterna
Crown of Barbed Wire
Chasing Light
If Darkness Had a Son
Too Far Gone?
Room of Mirrors
Inamorata

Along with the announcement of the new album and single, Metallica have also announced the first stage of their 2023 and 2024 touring plans. Titled the M72 World Tour, the trek will see Metallica playing two nights in multiple cities and locations worldwide. Each night will feature completely different setlists, as well as different support bands. Bands on board to support include Architects, Ice Nine Kills, Mammoth Van Halen, Five Finger Death Punch and “Pantera”. Tickets for the tour are on sale now, with various bundles including two night bundles available. Please visit Metallica dot com for details.

Not that we knew it at the time, but the first dates announced for the M72 world tour were Metallica’s two nights headlining at the 2023 Download Festival. These are currently the only UK dates on the tour. Metallica headline Download 2023 alongside Bring Me The Horizon and Slipknot. Full details of the current Download 2023 line up can be found on the announcement here.

Stay tuned to Rock Sins for further Metallica updates as and when we have them!