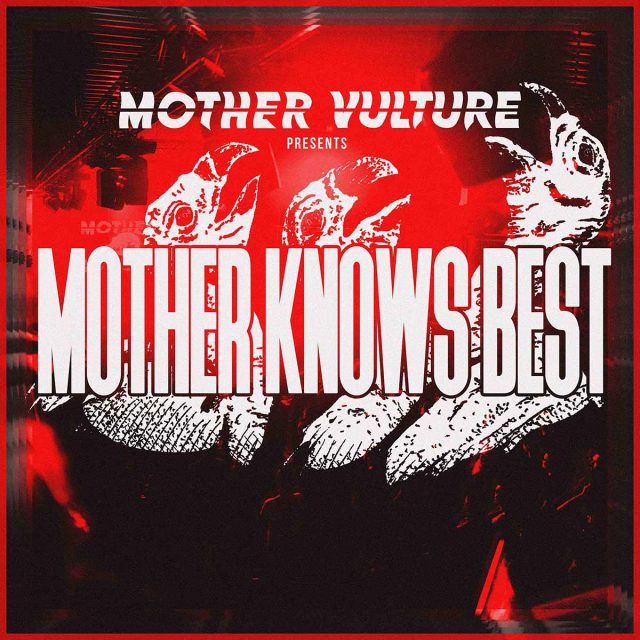 Overall Score: 6/10 Songwriting: 5/10 Vocals: 8/10 Production: 8/10 Pros: Plenty of promise from a band with a knack of blending loads of good influences. Cons: A lack of winning choruses.

Mother Vulture are a new four-piece coming out of Bristol who’ve been making a name for themselves on the live scene. Playing a pleasing, seamless mix of hoary hard rock, alt metal moods and punky aggression, they mix a thoroughly contemporary grab bag of influences with an old school desire to entertain.

The star is vocalist, Georgi Valentine, who generally operates in the Axl/Myles Kennedy helium-voiced stratosphere, but can switch to a hardcore growl when the song demands.

Mother Knows Best features a very modern, thick, layered guitar sound, courtesy of Brodie Maguire which is clearly in thrall to Royal Blood, and in some cases causes the songs to cross into outright mimicry as on Put Me Down and Homemaker. Early numbers such as Fame or Shame and Monster Crunch have more of a feral, thrashy edge, doing a good job of getting the party started.

The real issue here is that although the band are experts at building excitement, the songs never really deliver any big earworms to hang onto. They are very good at bridges, less so at choruses. Now whilst live you can get swept away by the bands undeniable energy and passion, listening to the songs cold at home, it’s fun while it’s on, but you keep straining for the hooks and it’s forgettable once it stops.

There is at least plenty of variety on offer. Mr Jones has a bass rumble intro that swaggers in like Idles, whilst Not Yet has a grungy, bluesy sweep with great dynamics and Sabbathy interludes. Vile Breed is possibly the standout, being a super heavy, Refused-esque riot. What is disconcerting, however, is that on a debut LP so many of the lyrics focus on decrying the music biz. I mean, we know the realities, but as artists you’d hope they have other things to say.

It’s strange that a band who seem to emit such fun, carefree vibes concentrate lyrically on being out of time in the music world and the perils of the industry. Fuck that, boys, play what you feel, it’s all you can do, and hopefully the songwriting will keep developing!