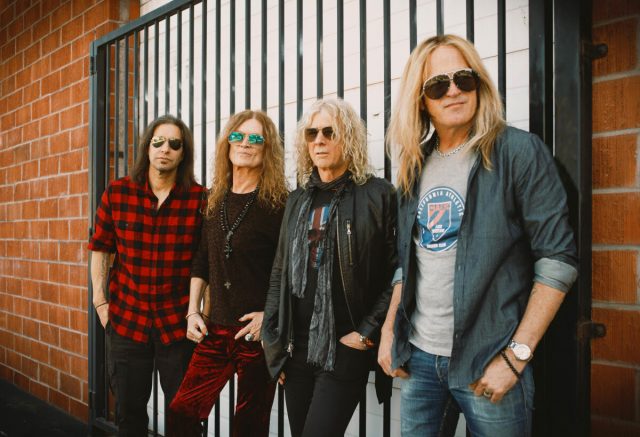 Overall Score: 7/10 Musicianship: 9/10 Sound: 6/10 Fun factor: 7/10 Pros: Each member can play circles around most of the current scene and it's clear this whole project is just for the enjoyment not the money Cons: Sound wasn't great and there wasn't really any crowd interaction

FM get the crowd going perfectly as the main support act, looking and sounding like slightly more basic version of Thunder, but it’s when the PA pumps Sweet Emotion into the room that those in attendance start to really heat up.

As Doug Aldrich takes the stage, encouraging everyone to whoop, cheer and generally getting involved, it’s easy to take a moment to wonder if maybe he’s a bit old for dancing around with his shirt open, but then thoughts immediately turn to Glenn Hughes, who at 71 is wiping the floor with his peers.

Ozzy lost it years ago, Halford is doing a good job but you can tell it’s not the same, meanwhile Glenn is hitting notes barely susceptible to the human year, while playing bass and looking cool while he does it.

Opening with Long Way to Go and Unspoken the sound is a little muddy at first, with Glenn’s vocal range being what it is it is sometimes difficult to pick out among the instruments, but it takes 5 songs to hear anything from the 4-piece’s (at the moment) latest opus Radiance. We’re treated to the title track and Face Your Fear, the hard hitting opener from the album itself and then the first cover of the evening with the fantastic Fortunate Son, originally by Creedance Clearwater Revival.

Thankfully, as the sound still doesn’t seem to be quite there, we get something of a respite in the form of a drum solo by Mr Brian Tichy returning to The Dead Daisies fold after a 5 year break, probably playing with one of his little known side projects like Whitesnake or Foreigner.

It’s a good drum solo and it’s usually a sign of the age of the band you’re watching when they throw one in, but thankfully, they don’t feel the need to add any solo spots for the guitarists tonight and instead the glorified bongo hitting leads into another cover. This time it’s Mistreated by Deep Purple, before we get treated to the very Cochise-esque Hypnotize Yourself, also from the recent Radiance album.

It’s a strong set, closed out with encores of Midnight Moses (The Sensational Alex Harvey Band) and Burn (Deep Purple) and although everyone goes home happy, the sound really did sound a little bit muddy on the vocals all night and in order to smash through so many tracks there was very little audience interaction which would have been good.